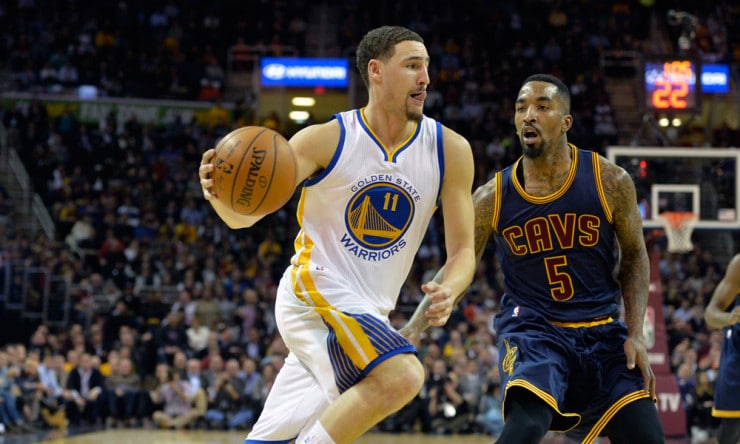 It’s Easy to Forget the Celtics are Still Rebuilding

About a quarter of the way through the season, in Boston, one thing has become abundantly clear: these aren’t Paul Pierce’s Celtics.

In fact, through 23 games, one could fairly make the case that they haven’t even been Brad Steven’s Celtics. Not last year’s version, anyway.

In 2015-16, Stevens was one of only seven coaches to receive a first-place vote for Coach of the Year, and it was primarily a result of his team’s overachieving.

In that regard, this year’s team is falling short.

Oregon Ducks junior forward Dillon Brooks was named to The Associated Press’ preseason All-America team, becoming the first player on it in school history. After coming off a sophomore campaign where he averaged 16.7 points, 5.4 rebounds and 3.1 assists, Brooks became an established prospect. Leading the University of Oregon to an Elite Eight appearance last year, he would later seek advice on whether to go the NBA or stay with the Ducks for another season. His ability to shoot outside, post-up inside and play both ends of the floor made him unique as a player, and would also make him equally intriguing in the NBA. But ultimately, he decided it would be best to stay in school for another season.

A dynamic player, Brooks would start this season injured with a surgically repaired foot. There was some doubt as to when he’d return and his status for the early parts of this season. After a long rehabilitation process, the Ducks were pretty tight-lipped about his status for the upcoming season. He would go on to miss the first three games of this season but would come back in a limited capacity against Georgetown in the Ducks’ fourth game.

Some would say that guys like Indiana Pacers center Al Jefferson are a dying breed. The big man who can’t bring the ball up the court, can’t shoot threes, who does most of his offensive damage with his back to the basket is going the way of the dodo in the today’s NBA.

Jefferson does not believe this to be the case, though he is sharply aware of the differences in what NBA teams are expecting out of their big men.

“When I first got in the league, every team except maybe Dallas with Dirk Nowitzki was using both the four and five as back-to-the-basket guys,” Jefferson told Basketball Insiders. “Then a lot of teams used either, like the Clippers with Blake Griffin who posts up, but you might have a center like DeAndre Jordan who rebounds, defends, and block shots. Now you’ve got DeMarcus Cousins shooting threes. He shoots threes now!”

Jameer Nelson is the Leader the Nuggets Need

As players progress through their careers, some become clear candidates to earn head coaching positions after their playing days. History has shown that most of these players proved to be great leaders for their teams on and off of the court – former players like Jason Kidd, Earl Watson, Luke Walton and Tyronn Lue are all some of the recent examples of players becoming head coaches. All of those guys with the exception of Walton were point guards, often in charge of leading their teams.

If Jameer Nelson wants to eventually become a head coach one day, though, current coach Mike Malone jokingly advises him against it. Malone cautioned him on the idea not because Nelson wouldn’t be a great candidate, but because of all the headaches that come with the job.

Many people – both inside and outside the organization – believe Nelson has shown the necessary traits as a player that would translate well into becoming a head coach, however. At 34 years old, Nelson is the second oldest player on the Denver Nuggets behind only 36-year-old Mike Miller.

As of today, Monk and Fox are considered top 10 projected picks while Adebayo falls between the late lottery and late teens range according to numerous league executives.

Steven Adams on Track to Become Thunder’s Next Star

It was just over four years ago that the Oklahoma City Thunder traded James Harden—along with Cole Aldrich, Daequan Cook and Lazar Hayward—to the Houston Rockets in exchange for Jeremy Lamb, Kevin Martin, two protected future first-round picks and a second-round pick. That transaction was heavily scrutinized at the time and critics kept piling on as Harden evolved into a legitimate superstar in the NBA. Martin left the team after one season and Lamb, who never quite developed as projected, was traded after three.

While the Harden trade is still criticized by some, the negative talk has lessened for one primary reason. That reason goes by the name of Steven Adams, who the Thunder picked with the 12th overall pick in the 2013 NBA draft.

Derrick Williams on Why He Chose the Miami HEAT

This isn’t the career trajectory many predicted for Derrick Williams after he recorded two standout seasons at the University of Arizona and was selected with the No. 2 overall pick in the 2011 NBA Draft. Now in his sixth NBA season, Williams has already been traded, hit the free agency market twice and is now playing for his fourth team.

Williams appeared in a career high 80 games last season as a member of the New York Knicks and posted averages of 9.3 points and 3.7 rebounds while shooting 45 percent from the floor (also a career high). This past summer Williams inked a one-year deal with the Miami HEAT worth a reported $4.6 million.

Although Williams posted his best statistical campaign since 2013, the lucrative multi-year offers some of his peers secured last summer never arrived at his doorstep. Instead, Williams chose to sign with the HEAT, a team in transition, on a one-year deal where nightly playing time wasn’t fully guaranteed.

Big Men Who May be Available

For most of the NBA’s history, talented centers have frequently been crucial centerpieces for championship teams. Having a top-tier center was all but essential for sustained success. This was especially true during the NBA’s formative years. For instance, from 1957 through 1980, 22 of the 23 players named MVP were centers. Yes, only once over the course of that 23-year period did a non-center (Oscar Robertson in 1964) take home MVP honors. And in the 1990s, big men were again front and center. For instance, in 1993-94 (following Michael Jordan’s first retirement) four centers finished in the top-five in MVP voting (Hakeem Olajuwon, David Robinson, Shaquille O’Neal and Patrick Ewing).

However, today’s NBA is far different in many ways. Traditionally dominant back-to-the-basket centers are all but extinct. Guards and wings dominate the league. A center hasn’t taken home MVP honors since the early 2000s. In fact, over the last 10 years, only once has a center even cracked the top three in MVP voting.

The NBA and the National Basketball Players Association announced that they have reached an agreement on terms for a new labor agreement.

The deal is not official or final but does represent a huge step forward for the NBA, which has seen two lockouts over the course of the last two labor negotiations.

While both sides are beginning to share the specific details with their respective groups, there are a few things that have leaked out about the new deal and what it is likely to include. It is believed the new labor deal will include:

We continue our early season progress reports with today’s look at the Los Angeles Lakers. If you haven’t already, check out Tommy Beer’s breakdown of the New York Knicks from last week.

When attempting to grade the progress of this young and developing team, it is important to remember the whole isn’t greater than the sum of its parts just yet. The Lakers may have lost their last eight games, but that doesn’t mean they haven’t already shown a great deal of progress from last season.

It’s also just as paramount to maintain perspective about their ultimate progress being the most significant factor in a season like this, whether you are in the midst of some unexpected, early season success or the predictable difficulties that every team endures over the course of an 82-game season. Especially when it comes to a team with so much youth at its core, don’t get too high on the highs nor low on the inevitable low points that are bound to come as the NBA’s pendulum of organizational growth swings back and forth.

Welcome to this week’s edition of The Big Three, where we re-convene each Friday to take a snapshot of three plays, trends or stats we’ve seen in the league over the past week.

Today’s Big Three will feature some notes on the league’s record-setting offense(s), a look at rookie Joel Embiid’s ludicrous per-possession statistics, and a fun Play of the Week from the Jazz that demonstrates the value of passing big men and the ability to leverage defensive expectations against them. Let’s get started! As always, all statistics will be from prior to Friday night’s games.

Rockets Back on Track Under D’Antoni

The Houston Rockets have been one of the most surprising teams so far this season. They currently have a 20-7 record, which puts them fourth in the Western Conference playoff race, and they’ve won nine of their last 10 games. This is a big turnaround for a team that finished last season with a 41-41 record, was plagued by poor chemistry all season and barely squeezed into the playoffs as the eighth seed. James Harden and Dwight Howard never really saw eye-to-eye and the team failed to live up to expectations as a result.

“That’s going to happen,” former Rockets guard Jason Terry said after last season regarding distractions. “I’ve been around this thing a long time. You will be faced with all types of adversities and how you come through those is a sign of the type of team you have. Our team was just not strong enough mentally to get through those adversities and learn.