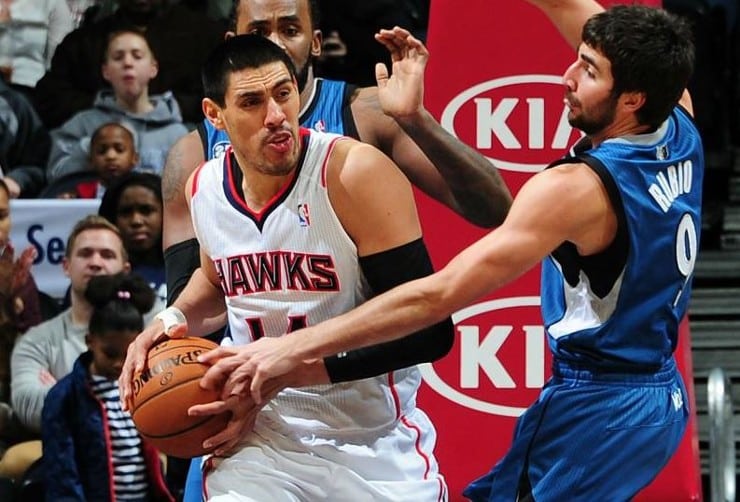 Gustavo Ayon has announced his retirement from professional basketball. The veteran center played three seasons in the NBA from 2011–2014.

According to EuroHoops, the Mexican basketball star is ready to call it quits. “It did not take long,” explained Ayon when asked about his retirement decision.

“Throughout my career, I learned to take care of my body, when I could be effective and when I couldn’t. I need more than 24 hours to recover after a game. I am retiring fully and a good level as a player.”

From 2006–09, the 6’10” center played in Mexico with the Halcones UV Xalapa of the Liga Nacional de Baloncesto Profesional (LNBP). Ayon has played 16 years of professional basketball.

Additionally, from 2009–11, Ayon played with Baloncesto Fuenlabrada of the Liga ACB.

Also, the Nayarit, Mexico, native shot 53.6% from the floor in his first NBA season.

Then, on July 11, 2012, New Orleans sign-and-traded Ayon to the Orlando Magic for Ryan Anderson. In 43 appearances with the Magic, Ayon averaged 3.6 points, 3.3 rebounds and 1.4 assists per game. Though, the center’s stint was cut short.

On February 21, 2013, the Magic traded him, J.J. Redick and Ish Smith to the Milwaukee Bucks for Tobias Harris, Doron Lamb, Beno Udrih and cash.

After bouncing from one team to another in the NBA, Ayon played with Real Madrid of the Liga ACB from 2014–19. In the 2014-15 season, with a final score of 78-59, Real Madrid won the EuroLeague championship after beating Olympiacos. The team also went on to win the Spanish League championship.

Furthermore, from 2019–20, the center played with Zenit Saint Petersburg of the EuroLeague and VTB United League. While with the Russian basketball club, he averaged 12 points, 5 rebounds and 2 assists per game.

Last year, Ayon played with Capitanes de Arecibo of the Baloncesto Superior Nacional (BSN). The 37-year-old center is retiring with a total of 16 championships won over the course of his professional basketball playing career.