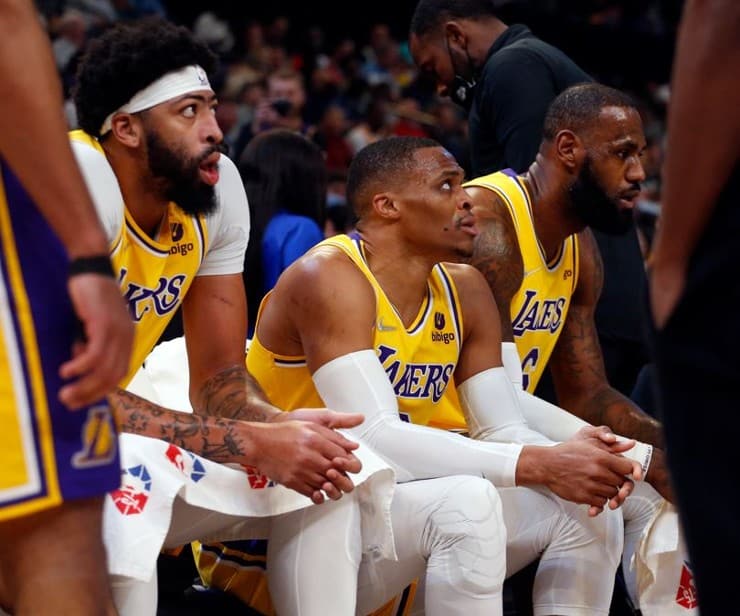 NBA Twitter users are currently roasting the Los Angeles Lakers for their 0-3 start to begin the 2022-23 season. On Sunday afternoon, the Lakers lost 106-104 against the Portland Trail Blazers.

During the postgame press conference, LeBron James hit the nail on the head. “We can’t shoot a penny in the ocean,” said the four-time MVP. So far, the Lakers are shooting 21.2% from 3-point range.

A few NBA betting sites are giving the Lakers the 15th-best odds to win a championship this season. Following three consecutive losses, some sportsbooks have dropped L.A. out of the top 10.

The Lakers are now part of the winless club, joining the Sacramento Kings, Oklahoma City Thunder, and Houston Rockets in the Western Conference. Plus, the Orlando Magic and Philadelphia 76ers are 0-3 in the Eastern Conference as well.

Last season was also a questionable start for the Lakers. It should go without saying that NBA Twitter users love a good roast. Following an 0-6 winless preseason, L.A. went 5-5 through its first 10 games of the 2021-22 season. The Lakers began the season 2-2.

Through their first 10 games of the 2020-21 season, the Lakers went 7-3. In addition to having LeBron James and Anthony Davis healthy, the team won with Kyle Kuzma, Markieff Morris, Kentavious Caldwell-Pope, and Marc Gasol under ex-head coach Frank Vogel. Can the Lakers return to the playoffs this season? NBA Twitter doesn’t think so.

I CANNOT WAIT TO HEAR SHANNON SHARPE SAY RUSSELL WESTBROOK DESERVES FAR MORE BLAME THAN LEBRON JAMES DOES FOR THE LAKERS BLOWING AN 8-POINT LEAD AT HOME TO PORTLAND WITH 4:42 LEFT.

Westbrook’s pull-up J with 28 secs left up one as the entire arena yelped “NOOOOOOO!” was remarkable stuff.

Their late-game D was a travesty.

Pelicans have their pick.

Remember this was all Frank Vogel’s fault.

The LAKERS TEAM IS BUILT WORSE THAN KENDRICK PERKINS CARRY ON 😂😂

The Lakers are shooting 25-118 from deep this season 😳 pic.twitter.com/TLK4rjMnjA

Unless Russell Westbrook gets traded, their odds of qualifying for the postseason will continue to slip. It’s a fair assumption, especially when NBA Twitter agrees. LeBron will set several records this season, but the 18-time All-Star is turning 38 this December.

Even with Anthony Davis healthy, the two superstars cannot carry this team by themselves.

Of course, Westbrook is shooting 11-of-38 (28.9%) from the field. A total of 31 points through three starts is not cutting it offensively.

If the front office continues to pursue a trade for a perimeter shooter, the trade package will probably include Westbrook and a 2027 or 2029 first-round draft pick. NBA Twitter would still roast the guard after a trade. He is one of the worst shooters in the league right now.