Connect with us
Home » news » Preview 8 Cincinnati Vs 9 Purdue 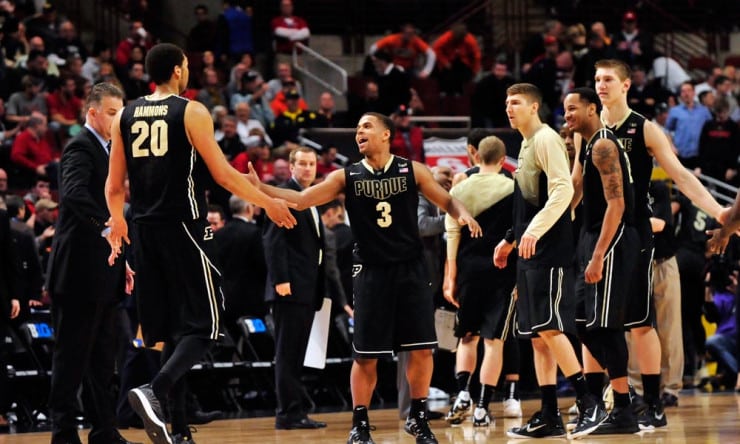 Toughness, athleticism and defensive intensity have carried the Bearcats all year.  Head coach Mick Cronin stepped aside to deal with medical issues, handing the program’s on court duties to one of the most talented assistants in the country in Larry Davis.  The transition was seamless as the team ranked sixth in the nation in points against.  In their last 23 games, they have only given up more than 65 points one time.  Their two top 25 victories came on nights when their offense was efficient.  Shooting only 33 percent from outside the arc and 67 percent from the free throw line, the Bearcats need big production from Octavius Ellis (10 PPG, 7.3 RPG) and Troy Caupain (9.5 PPG, 3.5 APG) to advance.  Guard Farad Cobb has been playing his best basketball in March and when he gets into double figures, Cincinnati can play with anyone.  This will be one of the great teams to follow on the first weekend with the captivating coaching situation.  Their leader’s spirit and the lessons he instilled before stepping away should be on full display.     ​

After an 8-5 start to the year and home losses to North Florida and Gardner Webb, Matt Painter’s seat started to heat up a bit. With a Purdue (21-12, 12-6) squad that was picked near last in the Big Ten conference, it was hard to see how things would turn around. Sure enough they did and the Boilermakers managed to reel off 12 wins in conference play including three consecutive victories over top 25 opponents (Iowa, Indiana, Ohio State). Now after a stellar showing (leading Wisconsin 35-30 at the half) in the Big Ten tournament, Painter’s squad is looking like it has the makings of a very tough out. Being tired and tested in a grind it out, physical conference can be the difference maker come tournament time. Purdue does not jump off the page, maintaining a supremely pedestrian offense (0.901 PPP, 132nd) scoring 70.6 PPG. However, they do pass the ball well and use their “4 out 1 in” motion offense to wear teams down to get the majority of their looks (15 APG, 35th). On the defensive side of the ball things get a little better as their defensive efficiency concedes 0.836 PPP, unfortunately that still translates to 64.5 PPG. Their saving grace just may come in the fact that they do not rely on one player to find success and have six players averaging 7.8 PPG or more. Leading the way is the man in the middle AJ Hammons (11.8 PPG, 6.5 RPG) who has come a long way in the last year and now looks like he may have next level potential with a nice array of hooks and a solid combination of good hands and length. Raphael Davis (11 PPG, 4.3 RPG, 2.7 APG) does a little bit of everything and if Purdue can find some of that magic they had at the end of January, there just may be a chance for a surprisingly deep run.