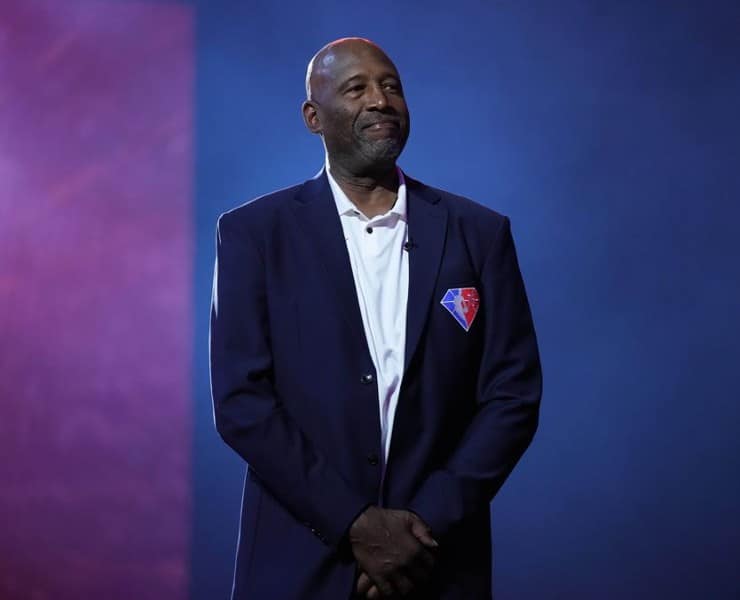 While on Access SportsNet: Los Angeles, the seven-time All-Star gave his postgame analysis on the Lakers dropping their second straight game to start the 2022-23 season.

According to some NBA betting sites, the Lakers have top-10 odds to win the championship in 2023. Though, a few sportsbooks are not succumbing to the team’s hype this season. Watch Worthy’s segment below.

“Second game of the year,” explained Big Game James. “Once again, you run into a team that pretty much has good chemistry, the Clippers picking up kind of where they left off last year.”

“But I thought the Lakers played a better game than they did in game one. I thought defensively being able to come back from 16, making that run back, I think they put a cut in that lead twice to make the game realistically able to win.”

The Lakers had a horrible night shooting-wise. Russell Westbrook shot 0-for-11 from the floor and 0-for-6 from downtown.

Plus, Patrick Beverley finished 1-for-7 shooting from the field and Kendrick Nunn went 0-for-11 overall on his shot attempts. Watch the game highlights below.

“But the inability to execute when you need shots – there’s couple of times they made stops, the one time when Westbrook came out and shot a quick three, another time maybe turned it over – they showed moments, but they just couldn’t capitalize on it,” continued James Worthy.

Worthy also discussed the Lakers’ pitiful 3-point shooting. In their home loss to the Clippers, the team shot 33-for-94 (35.1%) from the field and 9-for-45 (20%) from beyond the arc. The front office has a lot to sort out. Head coach Darvin Ham will watch the film on this loss, if he hasn’t already.

“They’re not knocking that down, so that’s got to be a concern for the front office going forward, understanding they’re going to work their way through Thanksgiving before they think about anything,” added Worthy.

“But hopefully, the three ball will improve by then. But overall, it wasn’t a horrible game, but there were some collapsing moments when they had opportunities to put themselves in a situation to win.”