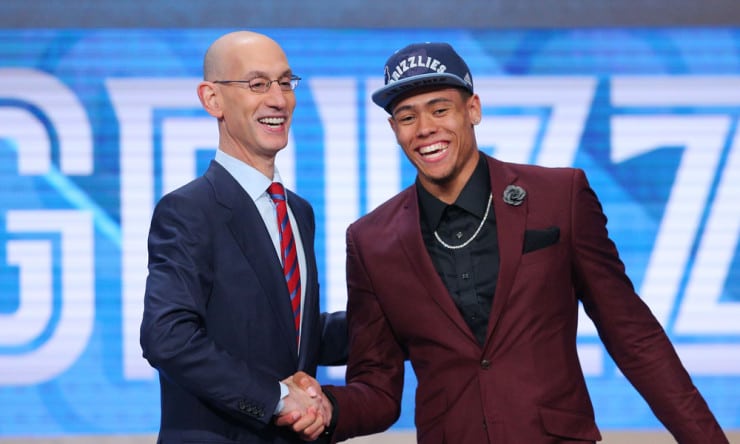 The Memphis Grizzlies selected point guard Wade Baldwin out of Vanderbilt with the 17th pick in the draft. With starting point guard Mike Conley set to hit free agency, the Grizzlies could be setting up Baldwin to be a possible replacement should Conley sign elsewhere.

Baldwin comes into Memphis after playing two seasons at Vanderbilt. During his sophomore season, he averaged 14.1 points, 5.2 assists, four rebounds and 1.2 steals per game. He was an excellent three-point shooter, as he knocked down 41 percent of his shots from beyond the arc.

Adding Baldwin solves a couple of needs for the Grizzlies as it gives them a shooter and it also adds some youth to the lineup. The Grizzlies had a core of Marc Gasol, Zach Randolph, Conley, Lance Stephenson, Brandan Wright, Tony Allen, Chris Andersen, Vince Carter and Matt Barnes among others. As things stand currently, the Grizzlies will have seven players guaranteed on the roster for next season with Baldwin.

Baldwin will also give the Grizzlies a capable defender against opposing point guards. He measured at 6’4 last month at the draft combine and boasts a 6’11 wingspan. He size, quickness and length gives him the opportunity to guard a couple of positions, which will give the Grizzlies some versatility defensively.

By all accounts, it seems as though drafting Baldwin will be a great fit in Memphis. With an aging roster and several players set to hit free agency, adding a young player in Baldwin will be a welcomed sign for the Grizzlies.