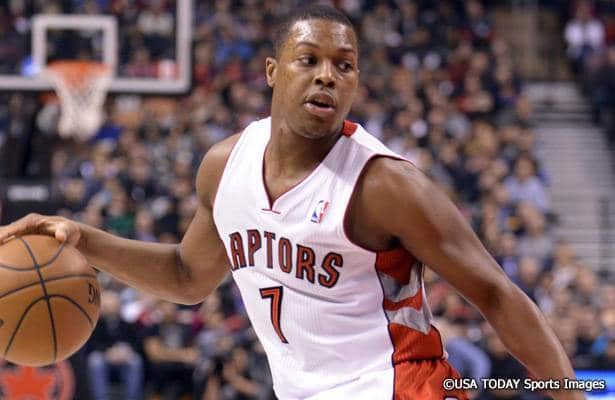 Every year there are players who probably deserved to make it into the All-Star game but didn’t get voted in as starters by the fans or as reserves by the coaches. There are always plenty of reasons for this—too many stars ahead of them at their position, not enough team success, arguably undeserving veterans getting career nods rather than for single-season accolades—but the bottom line is that no matter what, there are worthwhile players who just don’t make the cut.

With the reserves finally announced for this year, here’s a list of the most glaring snubs for the Eastern Conference squad:

Kyle Lowry, Toronto Raptors – Ever since Rudy Gay was traded to Sacramento, the Raptors have looked like an entirely different team, and Lowry, frankly, is the reason why. He’s had some huge scoring nights since the trade but plays better defense than either of the guards who were voted in as starters. He’s third among Eastern Conference point guards in PER and sixth in the NBA in win shares, all of which scream “All-Star.” Apparently, the coaches weren’t impressed enough to give him his first-ever nod, so a deserving Lowry misses the boat for a second consecutive season.

Arron Afflalo, Orlando Magic – Afflalo’s improvement this year has him as the prime candidate to win Most Improved Player, but apparently it wasn’t quite enough improvement to get him consideration among the coaches deciding on NBA All-Stars. Afflalo is averaging 20 PPG this season, which makes him one of only 15 players in the entire league to average 20 or more points a night. Orlando’s team success hasn’t been strong, but with a relatively weak crop of East guards from which to choose, Afflalo’s chances looked pretty strong.

Lance Stephenson, Indiana Pacers – While it’s fair to argue that Indiana, the best team in basketball, deserved as many All-Stars as possible, the fact of the matter is that it doesn’t always happen that way. Stephenson, the $1 million man, is due for a huge raise this offseason, but despite a breakout season for a really good team, he won’t be able to use “newly-christened All-Star” as a bargaining chip for that new contract.

Andre Drummond, Detroit Pistons – On the bright side, Drummond clearly has a whole career’s worth of All-Star games to look forward to, but he just didn’t quite make the cut this time around. Drummond has been an absolute beast in Detroit this year, averaging 12.6 PPG on a ridiculous 60 percent field goal shooting, while chipping in 12.7 RPG and 1.8 BPG. He would have been electric to watch in an exhibition like this, which makes his snub even more of a shame.

Al Jefferson, Charlotte Bobcats – The Charlotte Bobcats are not a team that makes the playoffs, but they sure do look like they’re going to make the playoffs this year, and Jefferson has played a massive role in making that happen. With 19.3 PPG, 10.5 RPG and a PER of over 21, Jefferson is having his best season since 2009. He’s been a leader for a burgeoning team and his numbers support an All-Star nod. It’s just a shame that he didn’t actually get one.

»In Related: Who Are the Rising Stars Challenge Snubs?

It’s unfortunate that not all deserving players are able to make the All-Star team every year, but it’s inevitable that some guys get left out. Which Eastern Conference snubs did you think were the most glaring? Drop them in the comments section or keep the conversation going on Twitter @joelbrigham.