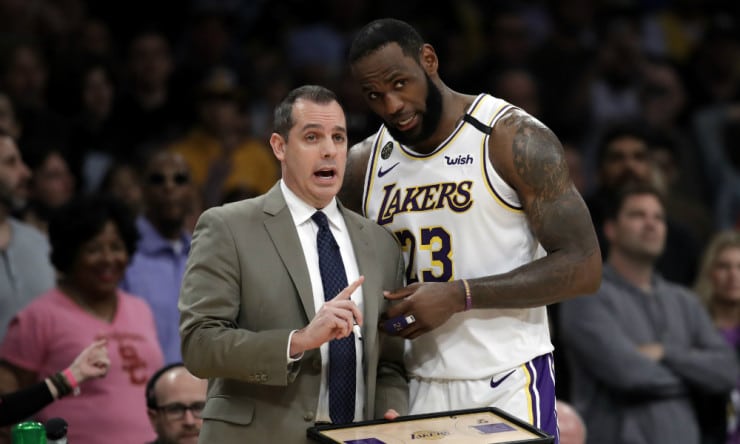 Whether you were betting for your team or betting against your team through SmartBettingGuide.com, there’s no way of denying the fact that the 2020 NBA season was a strange one. The chaos that COVID-19 introduced into all of our lives bled into the sports world and, in doing so, ensured that the National Basketball Association was suspended – just a few months after the death of one of the league’s greatest sons, Kobe Bryant.

If nothing else, the incentive of going on to try and claim yet another NBA championship in the name of Black Mamba was always going to be one of the most powerful driving forces the Los Angeles Lakers could have. With LeBron James serving as their shining light they were the favourites for large portions of the campaign and they were able to take that through to the NBA bubble that was introduced after the pandemic broke out.

The Milwaukee Bucks continued to prove why they’re one of the most exciting teams in professional basketball, and guided by Giannis Antetokounmpo aka “The Greek Freak” they were always going to enjoy some success. Alas, after making it into the postseason, they were unable to maintain the same kind of regular season momentum they had previously enjoyed, and they wound up dipping out of the playoffs thanks to the Miami Heat.

The same Heat would go on to knock out the Boston Celtics, setting up an East vs West clash against the aforementioned Lakers. It’s safe to say the series was far more competitive than most could’ve envisaged with Jimmy Butler doing everything in his power to help Miami succeed. In the end, the Lakers and LeBron took home the crown, setting them up for a season in which the target was well and truly placed on their back.

It doesn’t matter whether you like betting for your team or not, because this NBA season is as unpredictable as they come. With the pandemic still looming large nobody really knows if the season is going to be completed in its entirety and even if it is, it’s probably going to look very different to what many of us have expected. Still, the basketball we’ve been allowed to watch so far has given us cause for optimism with plenty of teams riding high and reminding us all why we love this sport so very much.

Our aim is to give you a glimpse into what you can expect to see between now and the scheduled NBA Finals, and beyond that, it’s up to you, the fans, to sink your teeth into some of this glorious action.

With that being said, it’s time to run through the teams we believe you should all be keeping an eye on.

Those of you who are making the executive decision to put some money down with SmartBettingGuide.com should probably be aware of the following information: the Los Angeles Lakers are going to be the favourites to win the NBA title again this year. Off the back of LeBron’s continued rise to legendary status and the complete nature of their squad, they possess the sort of chemistry that is just mind boggling in how scary it is. They’re not just good, they’re great.

They’ve been known and joked about as the great underachievers in the National Basketball Association for years now with the Clippers failing to take the power of the city away from their superior neighbours. If they’re ever going to find a way to change the status quo in that, though, you’d have to think Kawhi Leonard and Paul George will be at the heart of it.

Both are natural winners with Leonard, in particular, being the sort of player who is more than capable of dragging a franchise to the finals.

For years now the Phoenix Suns have been viewed as little more than a joke team in the Western Conference, but in the seeding games once the NBA returned from its break, they set themselves up as a team to watch in the future. They’ve kept that trend going into the first few games of the new season as Mikal Bridges and Chris Paul search for a brighter future that includes a few late runs deep into the playoffs.

It’s time to stop pretending like the Golden State Warriors are dead and buried in this league because they’re not. Sure, their form has dipped in a dramatic way in the last few years, but ruling them out would be the biggest mistake of all. Steph Curry doesn’t know how to quit and he’ll want to prove that over the course of the next few years, and that means the rest of the NBA should be very afraid.

Jayson Tatum and Jaylen Brown will get the Celtics back to the top of the mountain if it is the last thing they do and that is a near enough guarantee. Boston is a city of champions and that’s been the case for longer than most of us care to remember, and even though they’ve been positioned as the villains for years now, all they really want is to have their hand raised in victory once again.

Remember a few years back when the Sixers were laughed out of every building they played in? Well, that doesn’t happen anymore. Instead of just having one or two veterans or young stars leading the charge, there’s a community feel to the operation that has been put in place in Philly. They’re not always pretty, but you don’t need to be to win the big one.

The Greek Freak needs to prove that he has what it takes to guide Milwaukee to the big dance, especially when you consider the fact that he’s in the prime of his career. He won’t get many better opportunities than right now to guide his team through the East, and if he can just find that chemistry with the rest of the starters on a consistent basis, they should have no issue in going straight to the top of the mountain.

Kevin Durant now knows what it feels like to taste success at the very highest level, and he wants to bring that winning vibe to Brooklyn. Despite their .500 start they are beginning to gather some pace in a league that we all know to be pretty unforgiving at the worst of times. If they remain focused, the Finals could be in sight for them.

Whatever you do, do not rule out the Denver Nuggets. They have more heart than most of the teams in the West combined and that makes them a threat in every single playoff game they play – if they get there, of course.

Jimmy Butler may be anonymous right now and the Heat might be out of the playoff picture, but we all know there’s a good chance that won’t last very long. A nice run of wins will get them right back on track and if you’re a Miami kid, betting for your team at SmartBettingGuide.com would be wise.