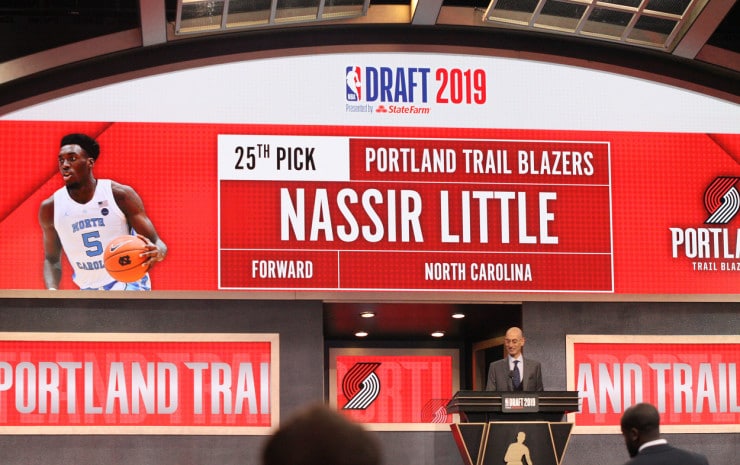 And at number 25, at the back end of the first-round of the NBA Draft, North Carolina freshman Nassir Little finally heard his name called as the newest member of the Portland Trail Blazers. Little is an athletic wing standing 6-foot-8 with great length. Little projects to be a a 3-and-D player at the next level. A lengthy and athletic defender who can guard multiple positions is strongly desirable in today’s game. Unfortunately for Little, he sometimes looked lost on offense and underwhelmed in his lone college campaign, which may have contributed to his surprising descent down the draft board.

While Little may be disappointed after waiting so long to hear his name called, the Trail Blazers should be ecstatic. Little should not have been available this late in the first round and he should be grateful for landing where he did. The Trail Blazers have a pair of dynamic guards in C.J. McCollum and Damian Lillard and a talented center in Jusuf Nurkic, but have had less consistent play from the wing.

Fresh off their recent run to the NBA Western Conference Finals, the Trail Blazers have a young wing who can step in and play a key role of need. Now it’s up to Little to adapt his game to the next level and break his way into Portland’s rotation.