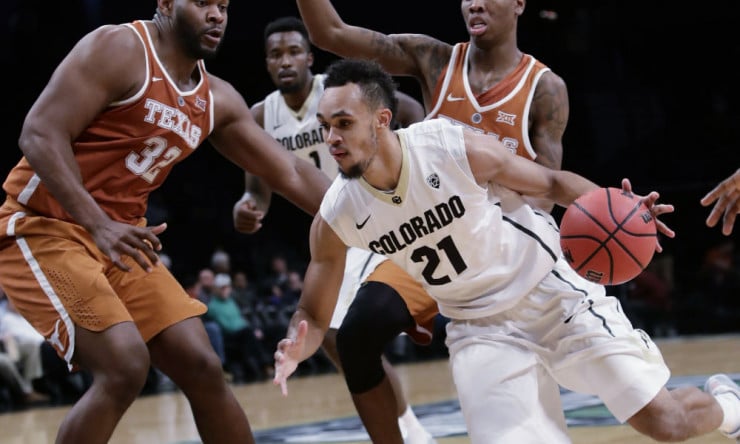 With the No. 29 overall pick in the 2017 NBA Draft, the San Antonio Spurs selected guard Derrick White out of the University of Colorado.

One of the bigger point guards in the draft, White stands at 6-foot-5 with a wingspan of 6-foot-8 and an 8-foot-6 standing reach. In his lone season at Colorado, White averaged 18.1 points, 4.1 rebounds and 4.4 assists.

White has all of the intangibles and high basketball-IQ you could want in a point guard. He has a good feel for the pick-and-roll, is a good shooter and is a crafty finisher at the rim. White knows how to draw contact as well, evidenced by his 182 free throw attempts. He also shot 39.6 percent from the three-point line on 144 attempts.

While he may have the intangibles, White lacks the speed many other point guards in this class possess and has an average first step into his drives. He’ll need to make adjustments to his game if he wants to make an impact at the next level, but he is in good position to learn under one of the NBA’s greatest coaches in Greg Popovich. White might be in line for playing time early on in his career as well, with the possible career-ending injury to Spurs’ guard Tony Parker during the postseason and the possible departure of sixth-man Patty Mills in free agency.