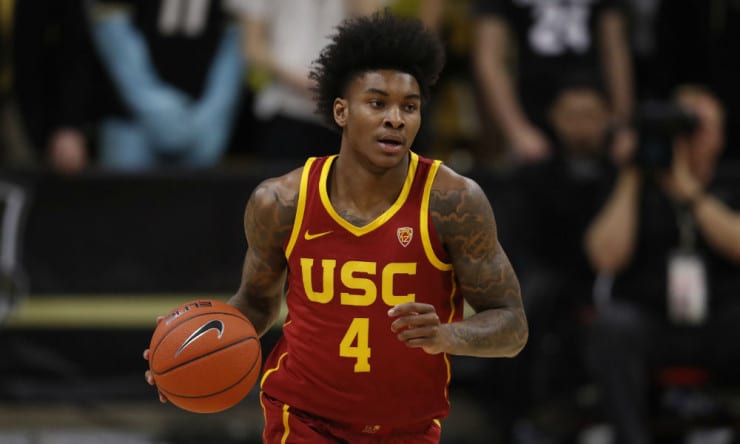 With the 30th overall pick in the NBA Draft, the Cleveland Cavaliers have selected USC freshman guard Kevin Porter Jr. They acquired the selection from the Detroit Pistons via the Milwaukee Bucks in the Tony Snell trade earlier this week.

Porter is a player in this draft that could have easily been taken in the lottery — or perhaps even the top 10 — but off-the-floor concerns caused a slip all the way to the end of the first round. USC suspended him two weeks in mid-January for “personal conduct issues.” Nonetheless, he finished out the season with the Trojans.

Known for his ability to create his own shot, Porter will make it difficult on whoever defends him. He has a strong step back shot and can drive with power and confidence to the hole. Cleveland is a fan of his natural instinct to score the basketball and take players in one-on-one isolation situations.

Though he didn’t have the most eye-popping numbers in Southern California and maturation will be necessary, it’s clear that the upside could pay off in the long run.

With Darius Garland, Dylan Windler and now Porter, the Cavaliers have a trio of rookies for new head coach John Beilein to work with, along with the young core of Collin Sexton, Cedi Osman and Larry Nance Jr. At last, it seems as if the pieces are falling right into place for Cleveland.