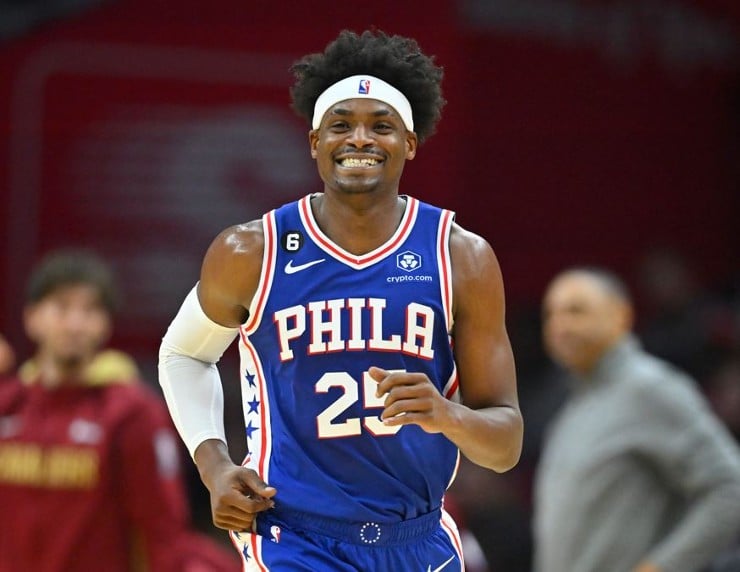 Philadelphia 76ers forward Danuel House Jr. is committed to helping his team win a championship. He cares more about winning a chip than receiving an All-NBA honor.

Following the Sixers’ 113-97 preseason win over the Cleveland Cavaliers, the wing addressed his team role to reporters. “My role is just to be energy,” explained the Texas A&M product.

Some NBA betting sites are giving the 76ers top-10 odds to win the title in 2023. The Boston Celtics and Milwaukee Bucks are their biggest competition in the Eastern Conference.

House Jr. ended his performance against the Cavs with 10 points and 2 rebounds in 14 minutes of action. He had a great outing offensively, shooting a perfect 4-of-4 from the field and 2-of-2 from 3-point range.

“Be the guy to make stuff happen,” continued House Jr. Make plays happen, make a shot, knock down a shot, get a rebound, pass the ball, set the play up, run the play, set the screen, whatever the team needs pretty much.”

“I’m just here to give away myself. Like I said earlier, I’m not really worried about accolades. As long as we win, I feel like that’s my biggest accolade.”

Indeed, the 76ers have to win another title eventually. The team hasn’t appeared in the NBA Finals since losing to the Los Angeles Lakers in 2001. Plus, their last championship came during the 1982-83 season.

Now, House Jr. wants to prove his worth on his sixth NBA team. Last season, in 25 appearances with the Utah Jazz, the forward averaged 6.8 points, 2.7 rebounds, and 1 assist per game.

After signing three 10-day contracts, House Jr. inked a regular deal with Utah for the remainder of the season.

Entering his seventh season, House Jr. just wants to win. The 29-year-old has played with another contender in the past. However, his team fell short.

While with the Houston Rockets during the first round of the 2020 NBA Playoffs, the forward averaged playoff career highs of 12.9 points, 6.1 boards, and 1.7 assists.