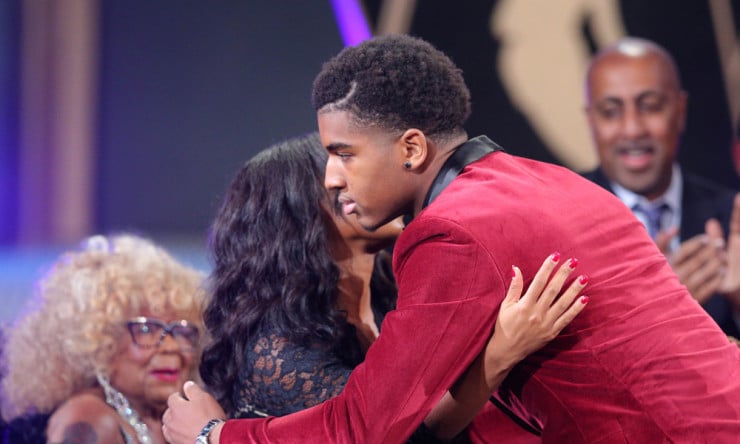 The Sacramento Kings drafted forward Marquese Chriss out of Washington with the eighth pick in the draft. Minutes before the Kings were on the clock, it was reported that they would take Chriss and trade him to the Phoenix Suns for the 13th and 28th picks and the draft rights to Bogdan Bogdanovic.

Sacramento has been active tonight, as it was reported just before the draft began that they would be trading Marco Belinelli to the Charlotte Hornets for the 22nd pick. After their trades, the Kings will own three first-round draft picks – the 13th, 22nd and 28th selections.

Chriss will be the Suns’ second lottery pick tonight as he’ll join Dragan Bender, who the Suns drafted with the fourth pick. The two players will join a young core the Suns have in place with Brandon Knight, Eric Bledsoe, Devin Booker, Alex Len, P.J. Tucker and Archie Goodwin among others.

Chriss entered tonight projected to be drafted inside the top five, but fell to the Kings at No. 8. In 34 games last season at Washington, he averaged 13.8 points, 5.4 rebounds and 1.6 blocks per game. He’s a guy who can help stretch the floor a bit as he shot 35 percent from three-point range.

He has tremendous quickness and explosiveness for his size and made a number of highlight-reel plays. He figures to be one of the most athletic players in the draft and displayed a 38.5 max-vert at the draft combine last month. Chriss also has proven that he can be an effective player in the post and could improve even more with some time in the NBA.

Chriss is one of the youngest players in this year’s draft class as he’ll turn 19 years old next week. Teams have proven to love players who are young and have a lot of potential and Chriss fits that criteria for the Suns.