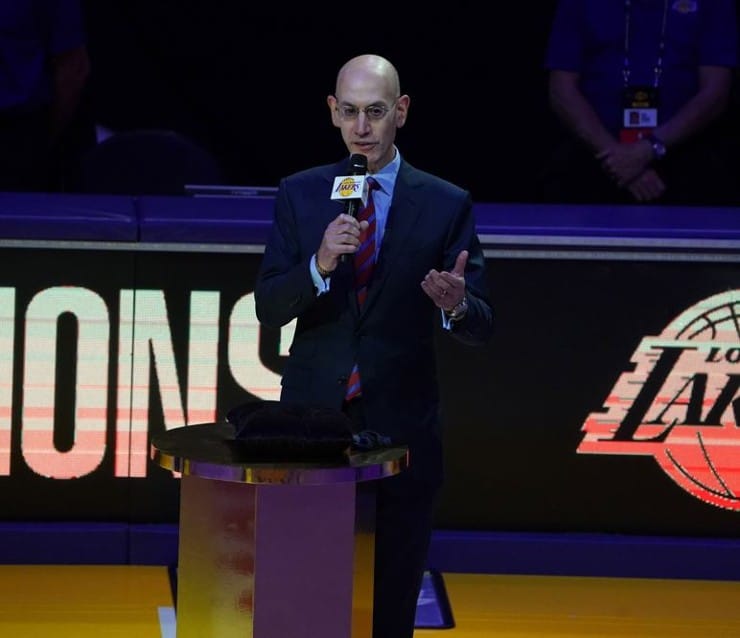 In March 2021, the NFL signed an 11-year deal with Amazon Prime Video to give the company exclusive rights to Thursday Night Football. Is the NBA next? This mega deal with television networks is worth more than $100 billion.

Per multiple NBA betting sites, the Golden State Warriors are favored to repeat in 2023. Though, some sportsbooks are giving the Boston Celtics the highest odds of winning the championship.

Watch out ESPN and TNT.

With the NFL in its pocket, Amazon next wants @NBA media rights, sources tell @FOS.

Amazon has been cited as a bidder. But every week it defies expectations with 'Thursday Night Football,' that theory becomes more of a reality.https://t.co/mGn9E4rD5Z

Amazon is paying the NFL about $1 billion per year to stream Thursday Night Football, and the NBA could be joining them in the near future. Last season, the NBA exceeded over $10 billion in revenue for the first time.

According to Michael McCarthy of Front Office Sports, the NBA is seeking between $50 billion to $75 billion for its next U.S. media deal.

“The [NBA] has certainly done very well for a long time with ESPN and Turner. But interest in the league — and its strategic importance — are only growing,” explained John Kosner, a former NBA and ESPN executive.

NBA commissioner Adam Silver is always on the lookout for new ways to attract new sponsors and young fans. Considering the size of the global NBA market, Amazon could be the most logical fit for financial growth.

Will the NBA sign a U.S. media deal with Amazon following the 2024-25 season?

Prime Video has over 200 million Amazon Prime customers. Similar to the NFL, will the NBA eliminate viewing options for specific games? Fans can only hope that doesn’t happen. Otherwise, this move will just anger longtime fans.

NBA League Pass comes to mind. In September, the league dropped the annual price by 56%. Last season’s standard package was priced at $230. For the 2022-23 season, subscribers can pay $100 for the full package.

Furthermore, the premium package was priced at $280 monthly. Now, the premium costs $130 per month. Plus, the package is commercial free.

If a consumer is already paying for NBA League Pass, the games should be available there. Even then, blackout restrictions apply. This complicates things. So, it’s exactly why some fans also purchase a VPN.

In 2017, Amazon began simulcasting a total of 10 TNF games each year. Then, the multibillion-dollar company streamed an exclusive Saturday game in 2020 between the San Francisco 49ers and Arizona Cardinals.

During Week 4 of the 2022 NFL season, Amazon Prime Video averaged 11.7 million viewers for the Miami Dolphins-Cincinnati Bengals matchup. In Week 3, roughly 11.03 million people tuned in to watch the Pittsburgh Steelers take on the Cleveland Browns.

Across all platforms, the Dolphins-Bengals game gathered 13.4 million viewers. If Amazon works out a deal with the NBA, fans will definitely tune in to watch via Prime Video.

However, NBA executives need to learn from the NFL’s previous mistakes. Quite a few football fans were upset when Thursday Night Football was removed from NFL Network.

Imagine if NBA games were removed from League Pass and NBA TV to air exclusively on Prime Video. This would upset millions of basketball fans. It’s all greed. Fans are already spending their hard-earned cash on NBA packages and multiple streaming services.