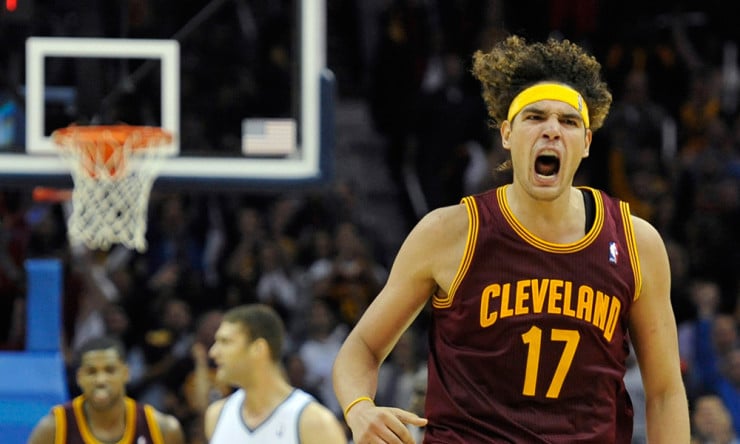 After much fanfare leading up to the trade deadline, the Atlanta Hawks were relatively quiet. They ultimately made two moves, dealing reserve guard Shelvin Mack to Utah for a second-round pick and trading a second-rounder to Chicago in exchange for reserve guard Kirk Hinrich.

The moves won’t make or break the Hawks’ chances of making a return to the Eastern Conference Finals, but the transactions give a rare glimpse into the mind of Atlanta’s front office.

By deciding not to move four-time All-Star center Al Horford, who’s headed to unrestricted free agency this summer, the franchise is taking a gamble on the belief that the veteran is in it for the long haul with the organization. And while former All-Star Jeff Teague wasn’t moved at the deadline, the guard will be entering the final year of his contract next season. Don’t believe for a second that Teague is out of the trade waters because the Hawks could likely find better value in the market during the draft or even at next year’s deadline.

But with the drama of trade season in the rear-view mirror, the Hawks do have a position to address.

On the heels of the All-Star break, the Hawks announced that veteran center Tiago Splitter would miss the rest of the season after deciding to undergo surgery on his ailing right hip. He will be on the shelf for six-to-eight months. The team acquired Splitter from San Antonio last summer for the draft rights to Georgios Printezis and a future second-round pick.

Remember, Splitter was expected to provide head coach Mike Budenholzer with additional flexibility up front behind Horford and fellow All-Star Paul Millsap. However, the veteran made just 36 appearances before shutting it down.

With the team opting to bank on the current roster to show significant improvement during the second half of the season, logically there is a hole in the rotation where Splitter was originally penciled.

After the deadline each year, there are numerous players who accept contract buyouts and immediately enter the free agency market.

One intriguing option will likely be available for Atlanta if current reports hold true.

Veteran center Anderson Varejao was dealt to the Portland Trail Blazers at the deadline in a three-time trade that, most notably, netted the Cleveland Cavaliers Channing Frye from Orlando. However, the prize for Portland was the Cavaliers’ 2018 first-round pick and, according to initial reports, Varejao will be waived by the Blazers shortly.

Varejao was owed $20.3 million over the next two seasons, but the deal wasn’t fully guaranteed so it makes sense the Blazers might look to sever ties with the aging big man.

But for Atlanta, Varejao entering the free agent market could be an intriguing option since they’re looking for an established veteran who can do the dirty work Splitter was acquired to do last July. Varejao is seemingly a perfect fit, especially at the reduced salary he’ll likely receive.

The Hawks should be an attractive option for Varejao. He was languishing on the bench in Cleveland behind Kevin Love, Tristan Thompson and Timofey Mozgov. But Atlanta is positioned to make another playoff appearance, they already have a role in the nightly rotation carved out for him and the Hawks could collide with the Cavaliers in the playoffs (adding a revenge factor).

If Atlanta were to pursue Varejao, they wouldn’t tie up any future money since he’d likely just sign for the remainder of the season. This is good for the Hawks, since Splitter is still owed $8.6 million next season. It would also provide Varejao with an opportunity to prove he’s healthy and play significant minutes for a contender heading into free agency this summer, when the salary cap is expected to rise significantly.

With youngsters Walter Tavares and Mike Muscala not ready for larger roles, the Hawks could have a veteran solution for their frontcourt depth that fell into their lap because of the nature of the trade deadline.

But the question is, will the Hawks take the risk on the aging veteran?