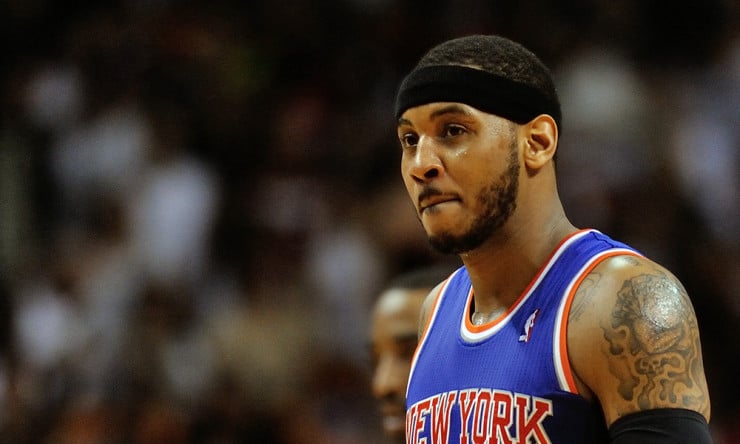 The horn sounded. The third quarter ended. Chris Paul sat on the bench, forlorn. His bright red jersey, now burgundy and drenched in sweat, clung to his frame.

He took a deep breath and looked up at his head coach. Searching and hoping for a diatribe that would light a fire under his listless teammates, he got the opposite.

But alas, this was Game 1 and there were still 12 minutes remaining.

And as he sat down and looked up at the scoreboard, he saw the 85-64 score. He didn’t need an abacus to tell him that his team faced an insurmountable deficit. That this was Game 1 on the road made the task of accomplishing the impossible all the more daunting.

As his NBA playing career hinged on uncertainty, former Boston Celtics head coach Doc Rivers offered Marquis Daniels advice he is pursuing three years later. After suffering a terrifying injury mid-game in 2011 due to spinal stenosis, Rivers made a suggestion for Daniels’ future during his rehab process.

Daniels did return to the game and last played for the Milwaukee Bucks during the 2012-13 season. On Sunday, he visited his old stomping grounds at the Celtics’ training facility to explore a new career on the sidelines. The 10-year veteran has already made stops with the Brooklyn Nets, Los Angeles Clippers and San Antonio Spurs.

Will Kenneth Faried’s Deal Be The Domino?

Denver Nuggets big man Kenneth faired reached a deal with the Denver Nuggets on a new five-year, $60 million deal, which according to Adrian Wojnarowski of Yahoo! Sports is guaranteed to pay out $52 million, as the final year is a partial guarantee.

Faried was one of several 2011 Draftees negotiating terms on a rookie scale extension. Last week the Phoenix Suns reached multi-year deals with both Markieff Morris and Marcus Morris, who agreed to a four-year, $32 million and a four-year, $20 million deal, respectively.

Several other member of the ’11 draft class are at the table. Here is what we know about most of them:

Fantasy: Anthony Davis Over LeBron James at No. 2

People who play fantasy basketball know that Kevin Durant is, without question, the best player in the game today. Nobody else is so well-rounded and so dominant in so many categories, even though as recently as a year ago there was a real debate over whether he or LeBron James should be drafted with the top selection in fantasy drafts.

Not that James had a bad year last season; it’s just that Durant pushed himself ahead. In some ways, New Orleans Pelicans forward Anthony Davis did, too.

Now entering his third year, Davis has made it clear that, for the first time in a long time, the top three picks in this year’s draft will carry massive value rather than just the top two. In fact, there’s even a pretty convincing argument that Davis should be the second pick of your fantasy basketball draft instead of James.

In Basketball Insiders’ new series, we’ll take a look at the new players in every division. We start with the Southeast Division.

Thabo Sefolosha: The Hawks stayed mostly quiet on the free agent front, but did add Thabo Sefolosha to the mix. The Hawks have been desperately seeking a player to lock up opposing teams’ best players and seem to have finally added that player in Sefolosha. While Sefolosha will provide the biggest impact on the defensive side of the ball, the Hawks are hoping that he’ll be able find some of his stroke from behind the arc. Sefolosha shot 42 percent from three-point range with the Thunder two seasons ago, but regressed from that number last season hitting just 32 percent of his shots from long distance.

In Basketball Insiders’ new series, New Faces in New Places (click here to read the first part of the series on the Southeast Division), we take a look at some of the more impactful offseason moves made throughout the league. This installment focuses on the Central Division and what new acquisitions figure to be most valuable to their new teams.

Pau Gasol – The Bulls made a strong push to land Carmelo Anthony in free agency, doing everything in their power to lure Anthony away from New York. When those efforts fell short their attention quickly turned to the veteran big man. Gasol, at 34 years old, is entering the latter stages of his career, but still appears to have plenty of gas left in the tank. Despite playing on an undermanned Lakers squad this past season, Gasol was very productive averaging 17.4 points per game and 9.2 rebounds per game. He showed he still has what it takes to be one of the top post players in the game today. Gasol will step right in as the Bulls’ starting power forward position and play alongside Joakim Noah. The two will give the Bulls arguably the top power forward/center tandem in the Eastern Conference. Both players not only have the ability to score the ball, but are skilled passers as well. With the return of Derrick Rose and the addition of Gasol down low, look for the Bulls to have a much easier time scoring the ball this season.

Next Road Ahead Tougher for Noel

Twenty months. That’s how long Nerlens Noel’s Philadelphia 76ers debut was in the making. He finally took the court last night for Philadelphia’s preseason game against the Boston Celtics. For Noel, though, it was much more than just his first game back from a major injury. It was the realization of a lifelong dream, made bittersweet by serving as a sharp reminder that the toughest part of his career is just beginning.

“I don’t think I played well at all, but I was proud of the fact that I was able to shoot tonight in a Philadelphia uniform and finally start playing an official NBA game,” Noel said after accumulating  six points, four rebounds, four turnovers and six fouls in 21 minutes of action in a 98-78 blowout loss.

No Hard Feelings Between Bledsoe, Suns

Entering the offseason, point guard Eric Bledsoe was thought to be one of the most attractive options on the market. However, the guard didn’t sign a new contract until September, right before the start of training camp after a contract negotiation stalemate lasted months.

The Suns held firm on a four-year, $48 million offer throughout the summer. Bledsoe held firm with the belief he was worth a near-max deal. In the end, Bledsoe re-signed for five years and roughly $70 million.

Despite the tense negotiation period, which also saw the Suns sign point guard Isaiah Thomas as insurance, Bledsoe maintains that stuff is now in the rear-view mirror.

After taking a look at the Southeast and Central Divisions, Basketball Insiders continues its New Faces in New Places series with a look at the Northwest Division.

Andrew Wiggins – It’s not often that a number one overall draft pick gets traded before ever playing for the team that drafted him (in fact, Chris Webber is the only other such player), but that’s exactly what happened this offseason when the Cavaliers traded Wiggins to the Timberwolves for Kevin Love. Wiggins brings the Timberwolves a new hope for future success as many view him as a future superstar. Wiggins certainly has the physical tools and skillset to become one of the best two-way players in the league, and a superstar, but it’s far from a given that he will reach that ceiling. It’s almost a certainty that Wiggins will become one of the best perimeter defenders in the league, but who he will become as an offensive player is still in question. He has the skill to be a 25 points per game scorer in the NBA, but he will need to take on a more aggressive mindset and embrace his role as the number one option for the Timberwolves. With Love gone, point guard Ricky Rubio takes over as the leader of the team. But long-term, Wiggins is Minnesota’s franchise player.

When Pau Gasol was weighing his free agency options over the offseason, the two-time champion kept coming back to the Chicago Bulls.

The Bulls have a ton of talent, one of the best head coaches in the NBA in Tom Thibodeau and championship aspirations, which were several things that Gasol was looking for in his next team. After giving his decision much thought, the 34-year-old ultimately settled on Chicago because he felt it was the perfect landing spot for him.

Gasol turned down other interested teams like the San Antonio Spurs and Oklahoma City Thunder, signing a three-year deal worth $22 million with the Bulls. Chicago had just won 48 games in the previous year despite losing Derrick Rose just 10 games into the season and, entering the 2014-15 campaign, they are once again considered an elite team now that they’ll be back at full strength. Gasol wasn’t the only marquee free agent who found the Bulls to be an attractive suitor; Carmelo Anthony also strongly considered Chicago before deciding to re-sign with the New York Knicks.

Steve Kerr – The biggest change for the Warriors this season is on the bench.  Kerr won’t be hitting crucial jump shots deep into a championship run like he did with the Chicago Bulls and San Antonio Spurs during his playing days.  Instead, he’ll get his first chance to coach at a professional level, replacing the departed Mark Jackson.  While Jackson’s emphasis was on the defensive end, the Warriors hope Kerr brings a greater balance between offense and defense.  Kerr comes in having played for Phil Jackson and Gregg Popovich, the top two coaches of the last 20 years.  It’s an important year for Golden State, after two straight playoff appearances.  The team is looking to do more than just qualify or win a series – this is a franchise hoping to be a contender in the Western Conference.

With Fantasy drafts on the horizon, we take a quick look around the Atlantic to determine which players qualify as potentials busts and which should be considered underrated value picks…