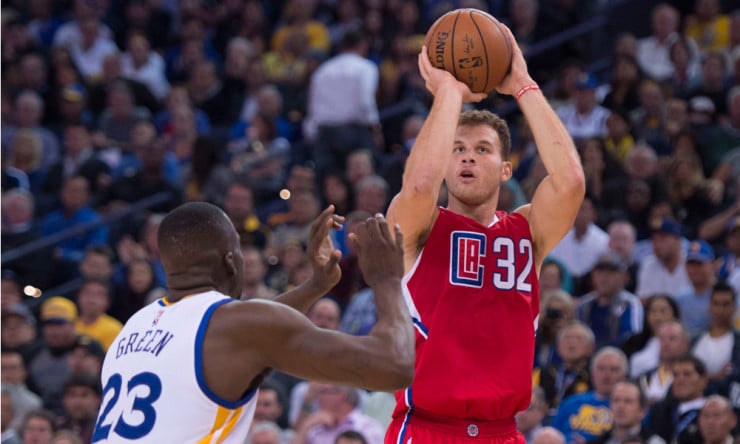 How Far Will the Clippers Go?

DeAndre Jordan looked at me and smirked and quickly, his eyes rolled upward as he thought about his response.

“What are this team’s goals for this year?” I had asked him.

And after two seconds of silence, in a tone that was matter-of-fact and cool, Jordan responded with the most non-controversial answer possible.

“To be better than we were last year,” he said.

Zeller Trying to Live Up to College Hype

When Cody Zeller was a sophomore at the Indiana University, he and the rest of the Hoosiers rolled through the United Center as a team to watch IU alum Eric Gordon’s visiting New Orleans Hornets play against the Chicago Bulls. It was by no means Zeller’s first time strolling the halls of a professional basketball arena—Indiana plays plenty of big buildings and Zeller was at McDonald’s High School All-American—but it was happening at a time when the then-top draft prospect in the country was just starting to realize a career in the NBA was going to be for him.

As the always excellent Bobby Marks, former executive with the Brooklyn Nets, pointed out last night on Twitter, 378 NBA players became eligible to be traded at midnight last night – marking the opening of the 2015-2016 NBA Trade Season.

While teams have had the ability to consummate trade all season, last night marked the moment when the bulk of players who signed contracts this summer could be traded. There are still some 26 players that cannot be traded until January 16th, as they signed deals 20 percent above their previous salary using Early Bird and Full Bird cap exceptions, which allowed their teams to exceed the salary cap to retain them.

While teams have been talking for several weeks, there is a sense that trade activity is going to increase over the next few days, as teams attempt to consummate an early trade and preserve the ability to re-trade those players before the February 18 NBA trade deadline. In order to re-trade a player, a deal would need to be completed in advance of December 18.

Like many NBA players, Festus Ezeli looked up to Hakeem Olajuwon. He won two championships, dominated his position and earned a place in the Hall of Fame.

To Ezeli, he was the definition of a successful big man. When the two met for the first time this summer, Olajuwon imparted advice that has stayed with Ezeli this season: don’t let anyone define you.

“It’s something that we all do, everybody in life,” Ezeli told Basketball Insiders. “People always try to put you in a box. He was talking in regard to basketball, but I can use that for life in general. Never limit yourself.”

Ezeli and Olajuwon, who both grew up in Nigeria, participated in the NBA’s first basketball game in Africa in August. Olajuwon introduced himself to Ezeli during the trip and began offering advice during workouts and conversations. Having a clear sense of self and direction was a main point.

Time For The Lakers To Unleash Russell

The Los Angeles Lakers (4-21) appear to be headed to their third consecutive trip to the lottery next June. The franchise is also officially destined to begin a new era with future Hall of Fame guard Kobe Bryant partaking in his farewell tour and the team has failed in recent years to lure marquee free agents to town (despite having cap room).

Los Angeles surprised many this past June in the draft by selecting guard D’Angelo Russell with the second overall pick instead of talented big man Jahlil Okafor. The move was an outside-of-the-box decision, going with the recent trend of the NBA being heavily dominated by elite guard play and less by traditional big men.

The Boston Celtics entered this season as a token guinea pig for what’s become a yearly game of tug-of-war between “analytics” people and “old-school” members of the business – a microcosm of which side is “winning.” As silly as this practice has always been (since the incredible majority of real NBA movers and shakers aren’t split along such contrived party lines and use some combination of all information available to them), the Celtics were honestly something of a perfect proxy for the Twitter wars that seem to build around a couple players or teams every year.

Many numerically-inclined observers viewed Boston as the team that differed most from popular consensus for preseason expectations. Where more traditional analysts saw a pretty similar team to last season, a well-coached outfit that wouldn’t be an easy nightly out but wouldn’t make any serious waves in the East, many predictive models saw a budding power. The Celtics were projected in the high-40 win range by multiple popular projection systems, including at fivethirtyeight and Nylon Calculus, two of several models that had them as a top-three seed in the conference.

Hassan Whiteside has been making headlines throughout the last year, mainly because he seemingly came out of nowhere to become one of the most dominant centers in the NBA for the Miami HEAT. Remember, the 26-year-old center wasn’t even in the league at the start of last season and had spent several years bouncing around Lebanon, China and the D-League prior to this stint with Miami.

Now, as evidence of how far Whiteside has come in the last 12 months, he is being mentioned in trade rumors involving stars like Houston’s Dwight Howard, Sacramento’s DeMarcus Cousins and New York’s Carmelo Anthony. And it’s only December! We still have two months to go before the NBA’s trade deadline is here.

By January 10, NBA teams will have to either commit to any players on non/partially-guaranteed contracts, or place them on waivers before their deals lock in for the remainder of the season.

As of January 5, free agents can sign 10-day contracts.  It’s not uncommon for a team to cut a player before their contract guarantees, only to re-sign them to a pair of 10-days after they clear waivers.

Once a player has completed two 10-day contracts, they can either sign for the remainder of the season or go back into the free agent pool.

Just over a year ago, Jabari Parker, the second overall pick in the 2014 NBA Draft, was averaging a solid 12.3 points, 5.5 rebounds, 1.7 assists and 1.2 steals per game while shooting 49 percent from the field. Parker helped his Milwaukee Bucks get out to a surprisingly strong start to the season and was widely considered the early front-runner for Rookie of the Year, earning Eastern Conference Rookie of the Month honors for October-November. However, on December 17, against the Phoenix Suns, Parker made a hard cut to the basket off of a fastbreak and tore his ACL, ending his rookie campaign with just 25 games under his belt.

Parker spent the next 10 months or so rehabbing his left knee. He entered this season on the sideline, missing Milwaukee’s first four games. He made his debut on November 4 against the Philadelphia 76ers. He contributed two points, three rebounds and one assist in 16 minutes of action. Parker got off to a slow start this season, which is to be expected after an ACL tear, but is finding his groove in the month of December.