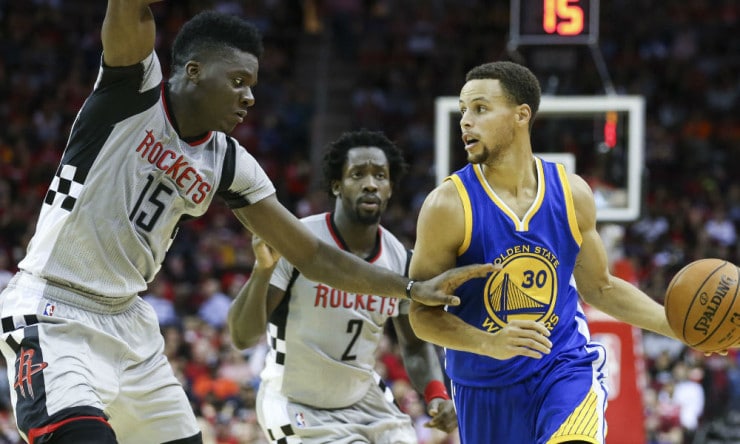 Keep An Eye on July

Is it time for the Chicago Bulls to trade Derrick Rose? Can the Cleveland Cavaliers win with Kevin Love? Should Doc Rivers consider trading Blake Griffin? Will the Houston Rockets re-sign Dwight Howard?

Typically, during the season, we pay very close attention to the February trade deadline, as it is the final chance for a fringe contender to make a move that puts themselves over the top. However, with all that we are seeing unfold before our very eyes, this summer may be one of unprecedented movement. There are a number of teams that have a lot at stake and may opt to make a move or two, depending on how things shake out.

How to Fix the Chicago Bulls

After a half decade of being an elite Eastern Conference team, this wasn’t what the Chicago Bulls expected. They will officially miss the playoffs for the first time since 2008. To put that in perspective, this is their first missed postseason since Derrick Rose was drafted. Scott Skiles was coaching the last time they were unable to make it into the playoffs. Chris Duhon was the team’s point guard. Ben Wallace was manning center.

This really isn’t an organization that is much accustomed to failure, but debilitating injuries to Mike Dunleavy and Joakim Noah took away two of Chicago’s best players for long stretches of the season. Jimmy Butler missed a huge chunk of games too, and Rose himself seems to play only every other game with a host of annoying ailments.

The New York Knicks played their 41st and final home game of the 2015-16 season on Sunday night. For those Knicks who are pending free agents, they will head into the offseason not knowing if they will play in another game at Madison Square Garden in a New York uniform.

I caught up with a few of those players facing important decisions following Sunday night’s loss to see how they felt on the verge of free agency, and if they felt confident they would return to the Knicks next season.

Now that the college basketball season has come to an end, many of the top players from around the country are shifting their focus to June’s NBA draft.

Players with dreams of playing in the NBA are now preparing for the next two-plus months of workouts. As the draft gets closer, players will work out for as many teams as they need to in order to boost their draft stock.

Some players see the pre-draft process as a great opportunity to climb up teams’ draft boards. Orlando Magic point guard Elfrid Payton began the pre-draft process projected to be an early second-round pick, but the point guard dominated workouts and often embarrassed other prospects with terrific plays. He would eventually be drafted by the Philadelphia 76ers with the 10th pick in the 2014 draft (and was immediately traded to the Magic).

The pre-draft process is getting underway for the 2016 class and former Providence point guard Kris Dunn is excited for the journey that lies ahead. Dunn’s lifelong dream of playing in the NBA is on the verge of becoming reality and he can’t wait to showcase his game and meet with teams.

“This is really exciting,” Dunn told Basketball Insiders. “I think the whole process is exciting. Every player in the draft wants to show what they can do and prove all of their doubters wrong. I’ve been doubted my whole life – on and off the court. I’m used to that and it definitely fuels my fire. If someone doubts me, I just take what they said and bring it to the gym. You can’t get down on yourself – you just have to play and get through any adversity and prove the doubters wrong.”

Such is the plight of head coaches Alvin Gentry (New Orleans) and Fred Hoiberg (Chicago). Both coaches are wrapping up their first year at the helm of their respective franchise and both will be watching the playoffs from home. Keep in mind, both franchises made the playoffs last season. They each had their own set of obstacles contributing to the unfavorable results and backward progress this season.

But considering why these guys were hired, to push their clubs over the hump, the lack of success leaves no room for excuses.

With 14 NBA teams calling it a season today, a large number are going to begin the process of reviewing their campaign and making some changes. Some of those changes will be to the roster – and those technically can happen today for those teams whose season is now over. For the most part, teams usually wait until closer to the NBA draft before consummating trades, but as for firing head coaches and executives that can happen immediately and, in some cases, it already has. Let’s take a look at who has been fired and who may be next to go.

A Closer Look: Iguodala as Sixth Man of Year

Former players and television analysts alike continue to fruitlessly (and hilariously) fight the numbers movement in the NBA, but even the staunchest among them can’t deny the cumulative advances in basketball understanding made over the last decade-plus. It requires no advanced mathematics degree to get on board with the idea that there are more descriptive qualifiers of a player’s strengths and weaknesses than a two-number per-game average (Player A averages 17-10) or a single, context-absent counting stat. Even if you don’t subscribe to some of the heavier empirical metrics out there, the consciousness of the average fan has reached this point.

It’s strange, then, that the voting process for the league’s most prestigious awards still often reflects an electorate stuck in a more primitive time – despite its ostensible status as a collection of relatively highly informed basketball minds.

“A 20-year chapter has come to a close,” Los Angeles Lakers general manager Mitch Kupchak on Friday, as the franchise wrapped exit meetings at the team’s practice facility in El Segundo. “It is hard to close the book on this chapter, but it has come to that point.”

All-Star guard Kobe Bryant finished his career on Wednesday with a remarkable 60-point outburst.  Now, the Lakers are charged with replacing one of the greatest basketball players in NBA history.

Returning to form will be a challenge for the Lakers after a franchise-worst 17-win season – four worse than last year’s 21-win debacle.

Blazers Have Puncher’s Chance Against Clippers

Entering each NBA season, fans, media members and analysts make their predictions for which teams will make the playoffs. This year, there are a few teams that beat the odds and proved their doubters wrong by making the postseason. Probably the biggest surprise is the Portland Trail Blazers, a team many predicted would be one of the worst teams in the Western Conference this season.

It’s not hard to understand why there was so much doubt surrounding the team’s competitiveness entering this year. During the offseason, the Blazers lost four of their five starters from the previous season, including Wesley Matthews, Nicolas Batum, LaMarcus Aldridge and Robin Lopez. It’s tough when a team loses a few starters. It’s devastating when a team loses four starters, and each player is uniquely talented and very valuable.