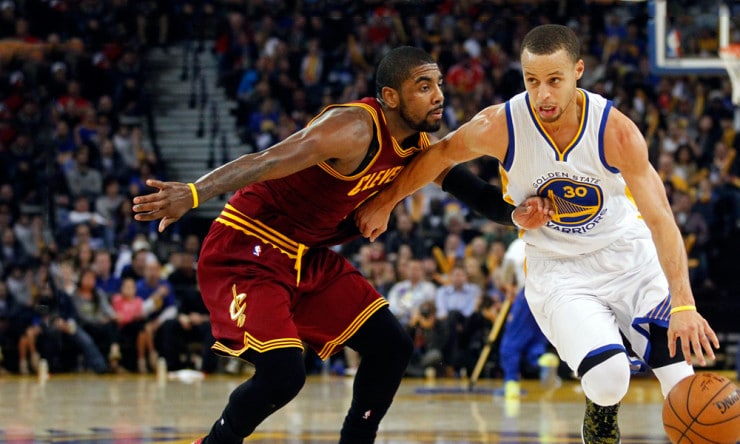 James Harden had arguably been the Most Valuable Player for Scott Brooks and his Oklahoma City Thunder during the course of their improbable run to the NBA Finals. To this point, the Thunder had knocked off both the Los Angeles Lakers and San Antonio Spurs and would now face LeBron James and his Miami HEAT.

Quicker than you can say “beard,” the Thunder found themselves on the wrong side of a 4-1 loss in the NBA Finals, but it was all good. With the rare combination of youth and experience on their side, it seemed this would not be the last time we heard from this group.

In the NBA, there is a thin line between dynasty and doom’s day. And now, the Chicago Bulls will see that first hand.

The NBA’s annual lottery drawing will be held on Tuesday and the order for the top 14 picks in the NBA draft will be finalized.

And next month, when NBA Commissioner Adam Silver reads the names of those selected in the lottery, many pundits have predicted Sam Dekker’s name will be among those first 14.

A year or two ago at this time, that may have seemed highly unlikely.  However, the former Wisconsin star has slowly but surely proven that he is one best players available in the this current crop of future NBA players.

At this past year’s McDonald’s All-American game, more prospects than usual had not yet chosen a school ahead of the high school all-star event, which of course meant each and every one of them was asked whether they were seriously considering the University of Kentucky.

The short answer is that almost all of them were because they understood that John Calipari has put together a program that churns out NBA players. Willie Cauley-Stein knows all about that, as he’s a former Kentucky Wildcat heading for a top-10 selection in this June’s draft.

However, having spoken to former teammates that have left Kentucky for the NBA, Cauley-Stein knows that even the most pro-ready program in college basketball can’t possibly teach a player everything he needs to know.

D’Angelo Russell: “I’m the Best Player in the Draft”

Whenever the question of who are the best players in this year’s draft comes up, four names are typically mentioned. Those names are Jahlil Okafor, Karl-Anthony Towns, Emmanuel Mudiay and D’Angelo Russell. Both Okafor and Towns are talented big men who have the potential to be a cornerstone piece for an NBA team and Mudiay for a long time was considered the unquestioned number one guard in this year’s class. That is, until Russell plowed through all expectations in his one and only year at Ohio State.

In 35 games with the Buckeyes, Russell averaged 19.7 points, 5.7 rebounds and five assists, while shooting 47.9 percent on two-point field goals and 41.1 percent from beyond-the-arc.

Russell wasn’t always considered to be in the same class as Okafor, Towns or Mudiay. He was ranked 18th overall in his class by Rivals.com and often took a back to seat to other players in high school. But after one season in college, Russell is now a virtual lock to be drafted no later than fifth overall.

Who is George de Paula?

At first glance, George de Paula (also known as George Lucas) seemed out of place at the NBA Draft Combine in Chicago. As he sat at a table talking to reporters, the Brazil native nervously took in his surroundings and, at times, looked like a child in comparison to his fellow NBA draft prospects.
That’s because, well, he sort of is. De Paula is just 18 years old – one of the youngest players in attendance at the NBA Combine – so it’s no wonder he has a baby face, wide-eyed stare and braces.

And the reason he seemed a bit scared? That’s because, he says, the interviews were just the second time that he’s had an English conversation in America. Prospects without a language barrier are often nervous when they’re interviewing with media and teams in this environment, as anything they say can affect their draft stock. Going through the process without a firm grasp of English is even more terrifying.

Draymond Green has made it look easy this season. The hustle plays and the grind on both ends of the floor, he has taken his contract year by storm as the Golden State Warriors head into the Western Conference Finals.

The improvement from his sophomore year was not coincidental. Last summer, he returned to East Lansing, MI, where former Michigan State University teammate Travis Walton was waiting with a workout plan. Walton had poured over Green’s game film and compiled a routine for his friend. Five to six days a week, Green went through variations of lifting weights, putting up shots and scrimmaging. At night, he’d return to the gym to work out again.

Players coming out of college need a certain set of skills to be drafted by a professional sports team. They must show prospective teams that they belong in the league and can ultimately help them win games. Trying to prove that they can compete in one sport is hard enough, but to show the ability to play in two different sports takes a completely different set of skills.

It’s not entirely uncommon to see players out of college drafted into two different sports. Jameis Winston, Russell Wilson and Michael Vick are just some of the recent athletes who have been drafted into a secondary sport (all baseball). Of course, Bo Jackson is often the first name that comes to mind as one of the best athletes to star in different sports. Michael Jordan tried his hand at baseball, but lasted less than a season in the minor leagues before returning to the Chicago Bulls. Deion Sanders also famously played professional football and baseball at the same time. With the exception of Jackson, these athletes all had one sport that was clearly their specialty.

But for former Notre Dame star Pat Connaughton, the weeks leading up to next month’s NBA draft will be spent convincing teams that he is committed to basketball and deserves a shot on an NBA roster. Connaughton played baseball (as a pitcher) and basketball (as a shooting guard) during his time at Notre Dame and was drafted in the fourth round by the Baltimore Orioles in the 2014 MLB Draft.

The New York Knicks are coming off of the worst season in the history of the franchise. But as the 2014-15 campaign concluded, most fans took solace in the fact a high lottery pick was in the cards to aid in the team’s rebuilding efforts.

The Knicks will still get a high draft pick this next month at the NBA Draft, but the ping-pong balls didn’t work in their favor during Tuesday’s draft lottery. New York dropped two slots and will now pick fourth overall on June 25. This seemingly removes the franchise from the Karl-Anthony Towns and Jahlil Okafor sweepstakes, so they’ll miss out on two extremely skilled big men recognized as the draft’s top prospects.

The slide down the draft order could open up the Knicks to consider trading the fourth overall pick, according to general manager Steve Mills.

Which NBA Teams Finished With The Most Dead Money?

The NBA regular season is long over.  Four teams remain in the playoffs, fighting for the chance to represent their conference in the NBA Finals.

Building a playoff team isn’t an exact science.  Some players are sacrificed along the way.

The Golden State Warriors spent $72.6 million to field their roster, including $609,000 to players who are no longer with the squad.

Their opponent, the Houston Rockets, have a payroll of $74 million, not including $6.2 million paid out to their amnesty cut (Luis Scola of the Indiana Pacers).