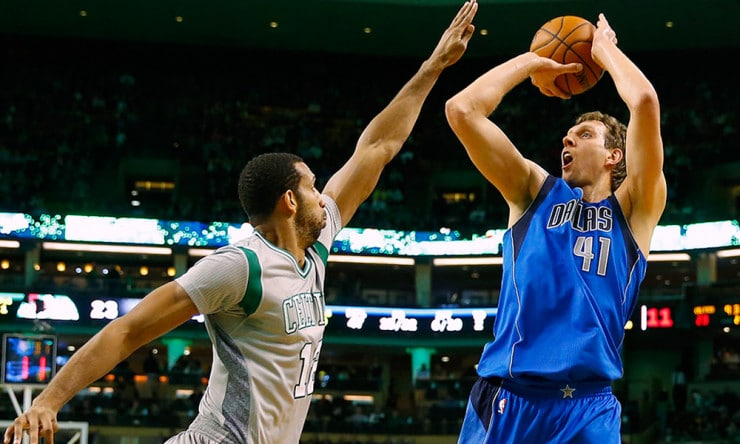 It’s been just a handful of days since Scott Brooks was fired as the Oklahoma City Thunder’s head coach, and the shock, and even dismay, still hasn’t worn off for some.

Even though the Thunder were eliminated from the playoffs this year – for the first time in the past six seasons – the buzz about next year is beyond strong. Next season is projected to start with these players presently under contract: Kevin Durant, Russell Westbrook, Serge Ibaka, Dion Waiters, Steven Adams, Anthony Morrow, Nick Collison, D.J. Augustin, Andre Roberson, Mitch McGary, Steve Novak, Jeremy Lamb and Perry Jones. Enes Kanter and Kyle Singler will become restricted free agents this summer with the Thunder able to, and expected to, match any offer sheet they may sign with other teams. Even though a few players on that list don’t see much court time, that’s a strong 15-man roster. And don’t forget the Thunder have the 14th pick in the 2015 NBA Draft.

The Flight of LaMarcus Aldridge

With less than a second remaining on the clock, the Portland Trail Blazers needed a three-pointer to win, or a two to force overtime.

Collectively, Chandler Parsons, James Harden and Patrick Beverly failed to adequately cover the staggered screens set by Wesley Matthews and Mo Williams. Damian Lillard slithered free, and the 0.9 seconds remaining on the clock proved to be enough for him to drill the series clinching three-pointer and send the Houston Rockets home after Game 6 of their first round battle back in 2014.

Lillard’s shot elevated the Blazers out of the first round for the first time since 2000.

For LaMarcus Aldridge, that has always been a problem.

Bass Unsure of Future with Celtics

Brandon Bass is no stranger to moving around the NBA. He has played for four teams in his 10-year career, his current stint with the Boston Celtics being the longest at four seasons.

Bass will become a free agent this summer and does not know where he will be playing basketball next season.

“I don’t know what the future holds,” Bass said following the Celtics Game 4 elimination to the Cleveland Cavaliers on Sunday. “That’s up to (President of Basketball Operations) Danny (Ainge). But Boston’s been great to me over the last couple years, so it’ll be great for me to come back.”

The first round of the NBA playoffs is nearing its end already, at least for a lot of teams (who are either in the midst of a sweep or near-sweep). That, naturally, has left disappointment in the hearts of some fans who expected more out of their teams in the first round.

The following players have been the most disappointing of the last couple weeks, however, and can be held accountable on some level for their teams’ lack of postseason success:

Wizards Will Be a Tough Out

Entering the first round of the playoffs, the Toronto Raptors were favored over the Washington Wizards in the Eastern Conference’s four-versus-five series. Both teams had stumbled in the second half of the season, but Toronto finished as the higher seed and earned home-court advantage for the first round. The Raptors also swept the regular-season series against the Wizards, 3-0.

However, Washington didn’t seem the slightest bit worried about the match-up. Before the series, Paul Pierce made headlines when he told ESPN, “We haven’t done particularly well against Toronto, but I don’t feel they have the ‘it’ that makes you worried.” This upset a number of Raptors players, and prompted general manager Masai Ujiri to say “we don’t give a sh** about ‘it’” at a fan event (which led to a $35,000 fine for him and a $25,000 fine for the organization).

What’s Next For The Dallas Mavericks?

The Dallas Mavericks entered the playoffs as a seventh seed and a trendy pick to pull off an upset over the favored second seeded Houston Rockets. On paper, it made sense. The Rockets hobbled into the playoffs without starting point guard Patrick Beverley and without key rotation piece Donatas Motiejunas. Former All-Star center Dwight Howard also entered the playoffs with a banged up knee, which forced him to miss 41 regular season games.

But things would ultimately fall apart for the Mavericks while the Rockets gained cohesion.

The NBA’s economy will undergo a seismic shift when the league’s new national television deal kicks in for the 2016-17 season.

The reverberations will be felt early, as this offseason’s free agents will need to decide between locking in long-term security versus waiting a year to cash in on the television windfall.