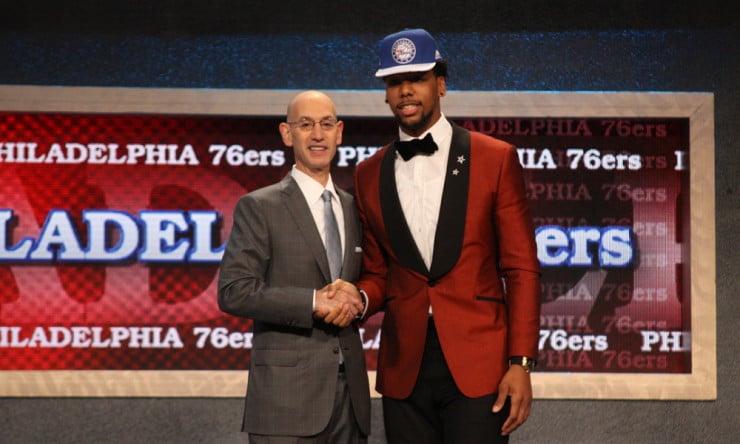 Rajon Rondo Will Bounce Back

Over the course of the past season, the deterioration of the relationship between Rondo and Dallas Mavericks head coach Rick Carlisle has received quite a bit of attention, with two incidents more than others causing a whirlwind of negativity.

In a February 2015 game against the Toronto Raptors, trailing by seven points, despite the presence of three white jerseys, Rondo, Dirk Nowitzki and Richard Jefferson were beat to a loose ball by Amir Johnson. Johnson scooped up the ball as the three Mavericks lazily watched. He laid the ball into the basket over Tyson Chandler and suddenly, Carlisle had seen enough.

A few weeks ago, we took a look at some of the worst No. 1 picks of all-time because with so much attention paid to that top overall selection it’s easy to look at which players were massive whiffs. Kwame Brown and Michael Olowokandi are two of the biggest draft mistakes in league history, in large part because the teams making those selections chose them ahead of future All-Stars and Hall-of-Famers. Because we just covered the mistakes at No. 1, guys like Greg Oden, Pervis Ellison and LaRue Martin won’t be found on this list.

Today, we’ll point out that there are mistakes to be made elsewhere in the draft, as well. Here’s a look at some of the most notable draft-day misses that fall outside of that top overall selection:

In a move expected for months, the Atlanta Hawks and former president of basketball operations Danny Ferry have officially parted ways. Ferry, if you recall, ignited a furor last summer when it was revealed he made racially insensitive remarks about then free agent and former All-Star Luol Deng during a staff meeting.

While a debate naturally occurred after Ferry’s remarks came to light, the death blow to his tenure at the helm of the franchise was undoubtedly delivered as soon as the misguided words arose from his tongue.

In a city with a population that is roughly 50 percent African American, Atlanta has surprisingly struggled to lure marquee free agents to the city. Ferry’s ill-timed words didn’t start the trend of neglect from the league’s biggest stars, but his seemingly racial indifference didn’t help the issue.

On Monday, the Brooklyn Nets gave Mirza Teletovic a qualifying offer of $4.2 million to make the forward a restricted free agent in July.

Additionally, forward Thaddeus Young opted out of the final year of his contract to become an unrestricted free agent.

All options need to be decided, both player and team, before the end of June.  Franchises also have to make their decisions on qualifying offers before July.

The following is a list of teams and players with team options (TO), player options (PO) or pending qualifying offers (QO).  If a team does not give a QO, that player will become an unrestricted free agent.

The Long-Term Effects of Going No. 2 in NBA Draft

There are pressures that come along with being the number one overall pick in the NBA Draft. One selection later, there are also expectations for the player picked second. Over the years, there has been a stigma surrounding the number two picks.

In 2003, the Detroit Pistons drafted Darko Milicic No. 2 over Carmelo Anthony, Chris Bosh and Dwyane Wade. In 2005, the Atlanta Hawks chose Marvin Williams two picks ahead of Chris Paul. Michael Beasley went ahead of Russell Westbrook to the Miami HEAT in 2008, and the Memphis Grizzlies drafted Hasheem Thabeet with James Harden available the following year. The list goes on and on.

The debate this year has been between Karl-Anthony Towns and Jahlil Okafor for the top pick. It is a hot topic leading up to the draft and one that will be referenced as they begin their careers.

There were a lot of rumors about possible trades going down on draft day, and like each year, there were some big moves made before the night ended (though not as many as anticipated). Here is a list of all the trades that were made during the 2015 NBA draft.

The 2015 NBA Draft is over, but there are still many prospects who have yet to find a home. Each year, there are a number of pretty decent players who go undrafted and must try to fight their way onto a roster by playing well in summer league and training camp.

Here’s a look at some of the notable players who weren’t selected on Thursday evening: