Connect with us
Home » news » Basketball Insiders Week In Review 65 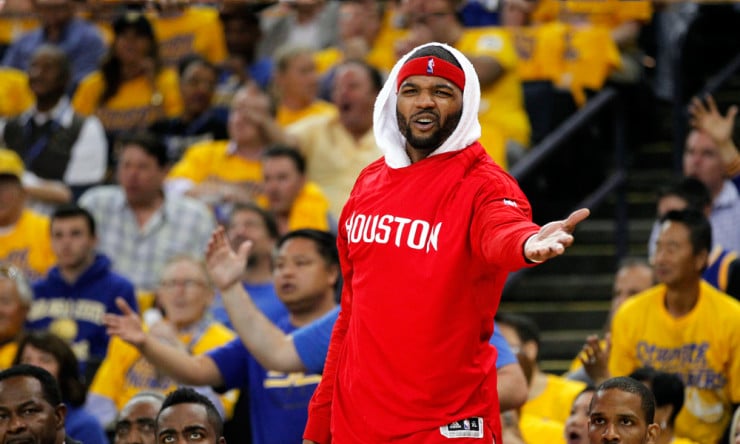 Love With Lots To Prove

As the Cleveland Cavaliers await the winner of the Western Conference Finals and learn whether they will begin the 2016 NBA Finals on the road or at home, LeBron James, not surprisingly, has reentered the national conversation. In defeating the Toronto Raptors, James, has done something that this league hasn’t seen since 1966—he is heading to the Finals for a sixth consecutive year.

Regardless as to who their opponent may be, many people are already predicting the demise of the Cavaliers, with a select few looking at the prospect a 2-5 record in the NBA Finals as some sort of indictment against LeBron James’ individual greatness.

And while it is true that both James and the City of Cleveland have something major at stake in the 2016 NBA Finals, it is probably Kevin Love whose legacy will be most impacted.

Throughout this season, there has been plenty of talk about the upcoming free agent class (as there always is in the NBA since player movement is so prevalent). The star players such as Kevin Durant, LeBron James (once he opts out), Al Horford, Dwyane Wade and Mike Conley have understandably received a lot of attention. But the top-tier players aren’t the only ones who will cash in come July.

With the salary cap projected to increase from $70 million to an unprecedented $92 million thanks to the NBA’s new national television deal, just about every free agent will likely receive a contract that would’ve seemed ludicrous just two or three years ago.

Put simply, it’s time to re-evaluate how NBA players are valued since there will be so much money thrown around moving forward. Some seemingly ridiculous contracts will be handed out this offseason, and not just to the big-name players.

Why NBA Teams Can’t Get To Zero

With the NBA Finals now set and other NBA teams turning their attention to the draft and offseason moves, there is a concept worth bringing up, especially as it pertains to free agent dreams and offseason wishes.

Why is this important? In July, the NBA is going to see an unprecedented amount of cap space. The rough math today estimates that there may be as much as $1.09 billion available under the salary cap, meaning NBA teams will enter the market with more than  a billion dollars to spend on what amounts to 270 free agents.

It has been less than 24 hours since the Oklahoma City Thunder were eliminated from the playoffs, but it seems that everyone is talking about Kevin Durant’s future.

Durant will be one of the most sought-after free agents this summer, and there is no guarantee that he will stay in Oklahoma City. While the possibility of staying with the Thunder is there, Durant has offered no details on his thought process up until this point.

The fact that one of the bigger headlines following last night’s Game 7 defeat is Durant and his upcoming free agency, and not the fact that the Thunder blew a 3-1 series lead, speaks volumes to how important Durant is to the franchise.

A league-best 12-2 playoff record, a gaudy point differential and plenty of rest all mean next to nothing now – the Cleveland Cavaliers are sizable underdogs in the NBA Finals.

Staring Cleveland in the face isn’t just the most successful single-season team ever, fresh off their first true challenge in their two-year run of dominance, or even just a team that handily dispatched these Cavs a year ago on this same stage. It’s also a Golden State Warriors team that holds sizable and visibly apparent tactical advantages within the specific matchup, and we’ve yet to see these Cavs prove they have the skill and (especially) the discipline to combat these for a full 48 minutes four times in seven games.

With the salary cap increasing significantly this summer, rising to the neighborhood of $92 million, there will be plenty of cash for franchises to spend. With piggy-banks being opened, there will undoubtedly be a slew of guys in line to receive paydays that would only have been considered pipe dreams just a few years ago.

Players are set to cash in and on the flip side, franchises that have been tight against the restricted cap will now have a bit of breathing room to plot the course of their respective futures.

The NBA is a business and making money is the primary objective for players and league owners. However, there are times when a player embarks on their free agent journey with a need to redeem themselves and turn their career around.

Here are some of the guys hitting free agency this summer on a road to redemption:

Eight-year NBA veteran Courtney Lee is undeniably on the verge of the biggest payday of his career.

Fresh off of a four-year, $21.3 million contract that ended with the Charlotte Hornets, the versatile shooting guard could garner somewhere around to $11-14 million per year on the open market, according to NBA sources.

Now, if that sounds like a lot of money to you (and yes, it is a lot of money), consider the league’s new multi-billion-dollar television deal will ramp up each team’s salary cap from $70 million this past year to an estimated $92 million in 2016-17, and then a whopping $107 million in 2017-18.

Earlier today, Adrian Wojnarowski of The Vertical reported that the Toronto Raptors and head coach Dwane Casey agreed to a three-year, $18 million contract extension. Raptors team president Masai Ujiri is also reportedly working on deals to retain assistant coaches Andy Greer and Rex Kalamian, both of whom have been pursued by other teams recently.

Casey led the Raptors to the franchise’s best overall season, finishing with a 56-26 regular season record. The Raptors were the second-seeded team in the Eastern Conference and made it to the Conference Finals, where they lost to the Cleveland Cavaliers in six games.

Timing is Crucial for Trade Kickers

A number of NBA players have trade kickers in their contracts – bonuses up to 15 percent of the players’ remaining salary.

Timing, however, is crucial in determining whether or not a kicker actually kicks. When a player is traded with a bonus, the additional salary is averaged out over his contract, excluding any player or team option years.

That’s a significant caveat; even if a trade happens as late as June, the player’s salary for the previous season, on paper, is impacted by the bonus.

Every year when watching the draft, there are at least one or two picks that literally put fans’ jaws on the floor in disbelief. Anybody who watched the 2013 NBA Draft, for example, may remember when Bill Simmons, then of ESPN, literally yelled “Whoa!” when Cleveland pulled the trigger on Anthony Bennett as the No. 1 overall pick in that draft. It was genuinely surprising, after all, but far from the only time in NBA history that a team has completely shocked the fans and analysts who tuned in to watch.

The following are the other more controversial, jaw-dropping picks of the last five years. Some of them turned out just fine for the teams that took gambles, while others confound the general basketball-watching public to this very day. Either way, here’s a look at the recent draft picks that proved to be the most stunning to viewers and fans:

Today, let’s look at six players in need of a bounce-back campaign in 2016-17. Some were just recently eliminated from the postseason while others already entered their offseason workout regimens in preparation for next season. Not unlike my colleague Lang Greene’s look at several upcoming free agents who could use aturnaround performance in 2016-17, each of these players either need to take the next step in terms of their on-court play or translate their personal production into more overall team success.