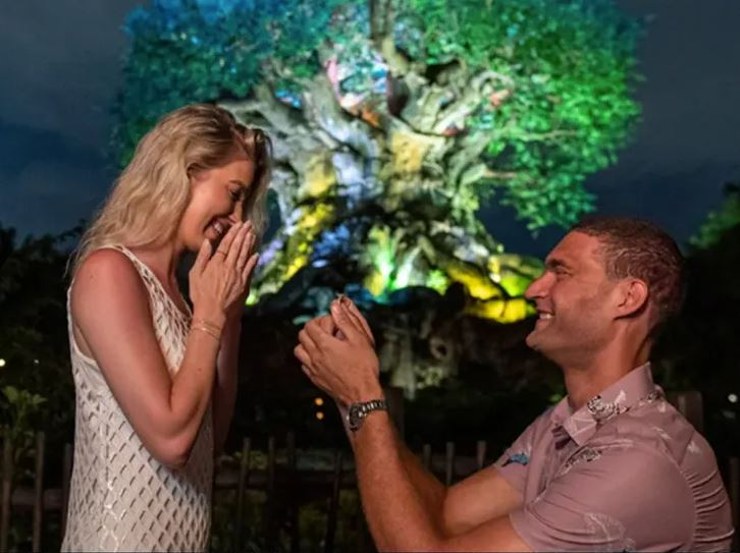 Milwaukee Bucks center Brook Lopez proposed to girlfriend Hailee Strickland at Animal Kingdom inside of Walt Disney World. Lopez popped the question right in front of the Tree of Life.

The tree itself stands 145 feet high and has more than 300 animals carved into it. If the images didn’t immediately give it away, Strickland’s response was “yes.” Lopez’s fiancée works as a private Pilates instructor.

Strickland was born on April 4, 1992, in Burlington, North Carolina. In 2015, she graduated with a bachelor’s degree in apparel design, marketing and merchandising from Appalachian State University.

Thirteen years ago, the couple first met at Animal Kingdom. This explains why Lopez chose the location to propose to his longtime girlfriend. At the time, the 7′ center played for the New Jersey Nets (Brooklyn).

Before the proposal, the couple ate at Tiffins Restaurant, located at Discovery Island at the Walt Disney World Resort. According to the menu on the main website, the restaurant serves African, Asian and Latin cuisine. It’s also classified as fine/signature dining.

All guests are allowed to make dinner reservations up to 60 days in advance. For lunch and dinner, prices range from $35 to $60 per adult. 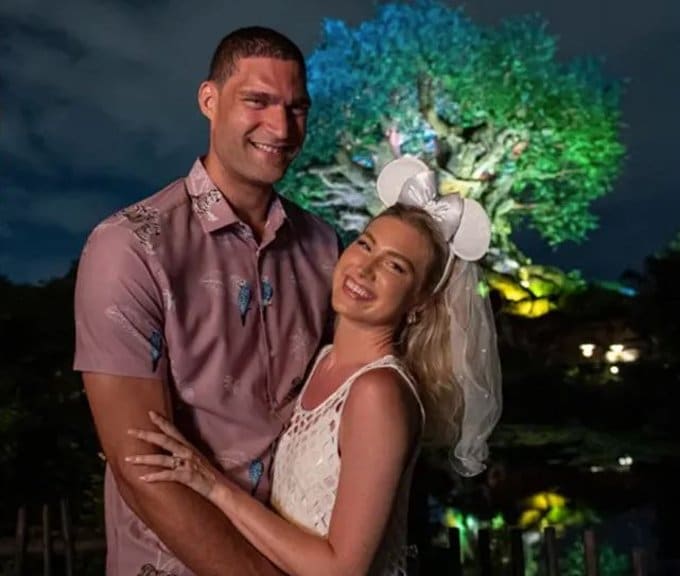 Anyway, the engagement ring will be Lopez’s second ring worn over the last year. The Los Angeles, California, native helped the Bucks defeat the Phoenix Suns in six games of the 2021 NBA Finals.

More news stories pertaining to the Bucks, Brook Lopez and Hailee Strickland are on the main page.