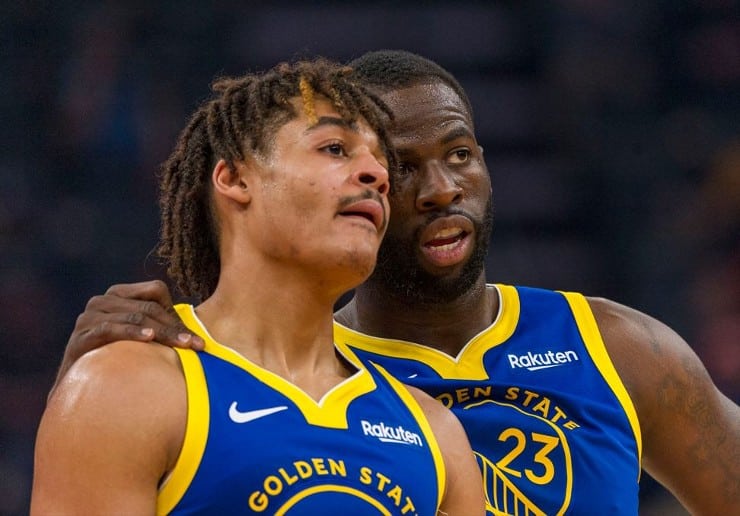 In October 2017, forward/center Bobby Portis received an eight-game suspension by the Chicago Bulls for punching teammate Nikola Mirotić in the face at a practice, so will the Golden State Warriors discipline Draymond Green?

Not only did Portis assault Mirotić, but the former Real Madrid star was then immediately transferred to the hospital. The Liga ACB wing sustained a concussion and multiple face fractures.

Mirotić went on to miss 23 regular season games due to his injuries.

Per multiple NBA betting sites, the Bulls possess bottom-15 odds of winning the championship in 2023. But the Warriors are favored to repeat. Compare the sportsbooks’ odds.

I got 8 games for simply defending myself Bobby. I think it’s a lot different. IMO https://t.co/ykEDMbj5Vo pic.twitter.com/47OU0Y6lLC

On Friday, Portis responded to an ESPN article in a tweet. He highlighted this snippet: “Mirotic charged at Portis twice before Portis threw a punch and connected to Mirotić’s face.”

In response, the Milwaukee Bucks forward/center tweeted: “I got 8 games for simply defending myself Bobby [Bobby Marks]. I think it’s a lot different. IMO.” Then, he responded to Marc Stein’s article in another tweet.

“As previously tweeted in my last tweet, I got 8 games for defending myself. It’s a lot different IMO. Stop dragging my name in this,” explained the former Bulls forward/center.

Of course, the 2021 NBA champ added his final two cents on the topic. He tweeted this message: “The media made me out to be somebody I never was! The guy I am today is the guy I’ve always been. Humble and hungry! Shout out my mama!”

According to the NBA Operations Manual on physical altercations, each individual “team is held responsible for the actions of its players on the court.” If Draymond Green receives a fine for punching Jordan Poole at a practice, it will be issued by the Warriors, similar to the Bulls’ event.

However, under the section titled Violence at NBA activities and Events, it states, “The NBA will take immediate action against any player who engages in violent actions during an NBA activity or event (including a game or practice), including ejections, fines, suspensions, and/or termination of employment.” The Bulls were ahead of the curve.

Per several reports, the largest fine the Warriors can issue Green is $50,000. Portis says his case differs from Green’s, and that’s correct. Unlike the Bulls’ fight at practice, Poole was never sent to the hospital after the incident.

Though, a member of Golden State’s camera crew leaked the fight to TMZ on Friday. On video, it shows Green walk up to Poole as they exchanged words. After Green got in his face, Poole pushed him away.

Green retaliated by punching Poole near a wall. Due to public outcry, this could force the hand of Warriors G.M. Bob Myers to suspend Green.

Green says Poole was calling him a bi—h. Even then, in today’s social media era, punching a teammate at a practice is not a good idea. Everyone has a camera nowadays. The Warriors have reiterated countless times that they wouldn’t discipline Green for this incident.

Following the video leak, the front office might have to suspend Green now. Otherwise, the higher ups will look bad for doing nothing. This is all a matter on whether or not they care about public perception. Ignoring it could make the situation worse than the Bulls’ physical altercation.