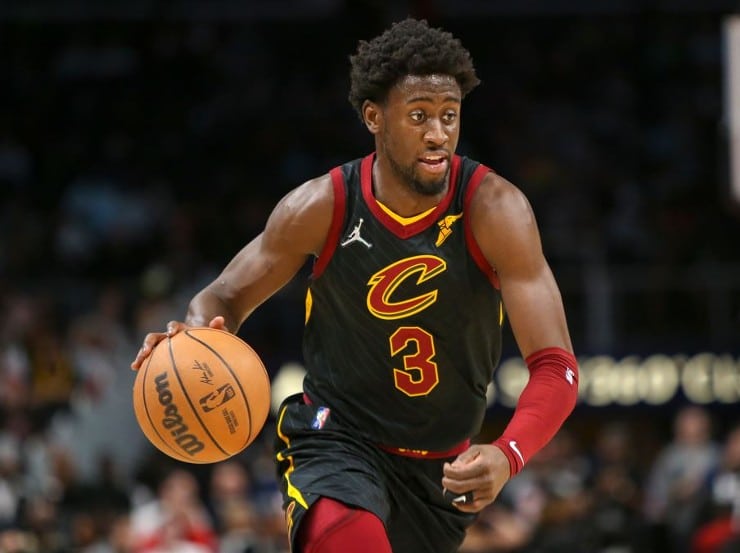 According to multiple sources, Caris LeVert is unlikely to receive a contract extension from the Cleveland Cavaliers. Per Michael Scotto of HoopsHype, the Cavaliers are hesitant to offer LeVert a new deal at the current moment.

“To my understanding, there’s no rush for Cleveland to do anything right now regarding a Caris LeVert contract extension,” explains Scotto.

“I think, ultimately, it’s going to be hard for both sides to get an extension done because the feeling inside the organization right now is that LeVert is going to want too much, and they don’t know what his role is going to be and how he’s going to fit with Mitchell coming on board,” says Fedor.

A look inside the Donovan Mitchell trade talks. Plus, Cavaliers updates on Caris LeVert’s extension talks, Kevin Love’s future, Ricky Rubio’s expected return, if LeBron James could return to Cleveland, and more with @ChrisFedor on the @hoopshype podcast. https://t.co/oS64KRf4ll

“The Cavaliers are open to whatever,” continued Fedor. “If they can get him on a team-friendly deal, I definitely think they’ll consider and explore it. I just don’t see an extension coming for Caris LeVert.”

On August 26, 2019, LeVert signed a three-year, $52.5$ million contract with the Brooklyn Nets before the front office traded him to the Pacers.

Not to mention, the sixth-year guard shot 44.4% from the field and 32% from 3-point range. Now, the 28-year-old is entering his seventh NBA season.

Caris LeVert is currently the fourth highest-paid player on the Cavaliers. Allen will earn $20,000,000 in the upcoming season and Kevin Love is expected to make $28,942,830.

If LeVert’s extension is of no concern right now, it could mean the front office is focused more on building a contending team. Maybe he’ll receive an offer in 2023.

Ever since LeBron James signed with the Los Angeles Lakers in 2018, the Cavaliers have not qualified for the playoffs.

Also, the Cavaliers have not won a playoff series without LeBron since the 1992-93 season. It was 10 seasons before they drafted James out of St. Mary-St. Vincent High School.

In the 1992-93 season, the team finished 54-28 (.658) and third overall in the Eastern Conference. They defeated the New Jersey Nets (Brooklyn) in the first round of the playoffs.

More news stories pertaining to Caris LeVert and the Cavaliers are on main page.