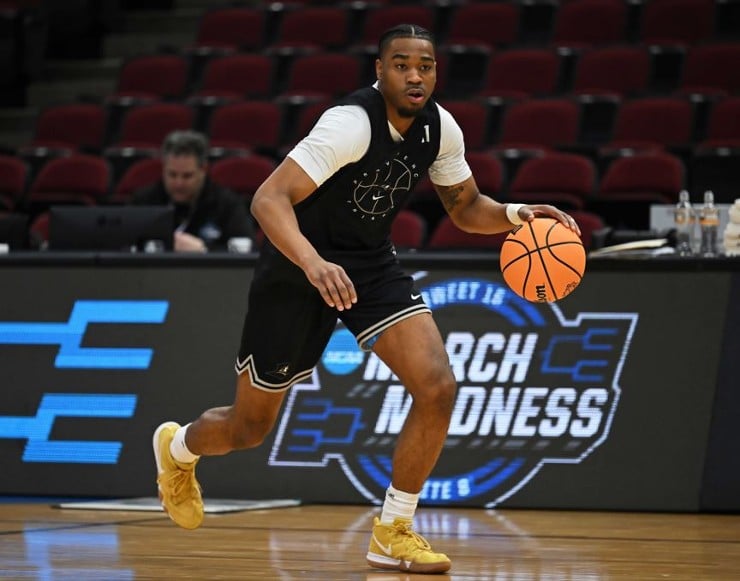 If Samanic signs a contract with the Maine Celtics — the team’s NBA G League affiliate — and remains with the team for at least 60 days, he will receive a bonus worth up to $50,000.

According to a few NBA betting sites, the Celtics are the favorites to win the championship in 2023. However, some sportsbooks are still confident in the Philadelphia 76ers and Brooklyn Nets. Feel free to compare the odds.

Forwards Noah Vonleh and Justin Jackson are currently signed to Exhibit 9 contracts. Of course, this news comes one week after free agent forward/center Blake Griffin inked a one-year, $2.91 million deal with the C’s.

Moreover, Samanic was selected 19th overall by the San Antonio Spurs in the 2019 NBA Draft. In 36 career games, the 6’10” Croatian averaged 3.8 points and 2.2 rebounds per contest.

In September, Samanic signed a two-way contract with the Celtics. The 22-year-old wing fell short during training camp. Now, another team will likely pick him up.

Offensively, the guard’s best game in the NCAA was his first performance. On November 6, 2018, in Providence’s 77-67 win over Siena, Reeves scored a career-high 29 points in 30 minutes of action.

He finished 10-of-13 (76.9%) shooting from the field and 7-of-9 (77.8%) from downtown. For a young freshman, this was an amazing effort. The guard has to bring this same level of energy to the Celtics and/or their G League affiliate.

Then, during his senior season, Reeves averaged career highs of 9.9 points and 2 assists per contest. He finished 10th in the Big East for made 3-pointers (60) and fifth in turnover percentage (8.3%).

Guard J.D. Davison and wing Mfiondu Kabengele occupy the Celtics’ two-way spots. Nonetheless, AJ Reeves just wants the chance to play. The 23-year-old is thrilled to sign any deal with an NBA team.