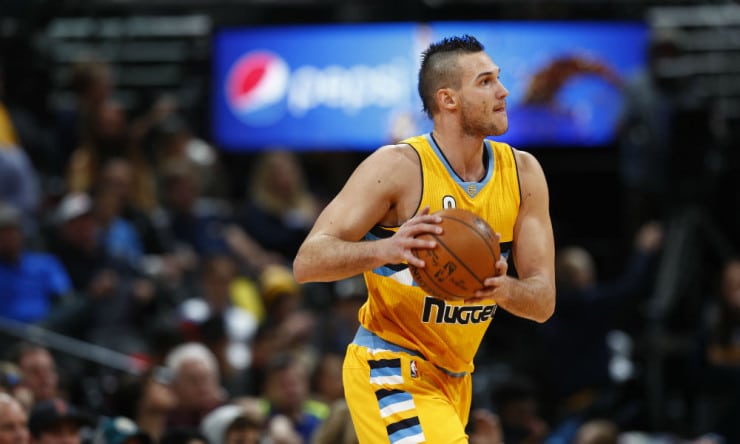 The Boston Celtics got some unfortunate news over the weekend as they found out that Danilo Gallinari suffered a knee injury. No injury is ever a good one, but Boston actually got lucky in this situation as the knee injury isn’t as serious as initially expected.

Gallinari is a high-level role player in the NBA and should help the Celtics be even better than they were a season ago. Losing him would have been a major hit for a Boston team that has championship aspirations.

Danilo Gallinari Reacts To Not Playing For Italy in Euro Basket

Gallinari had the following to say about not playing in Euro Basket with Italy:

“Not so much the knee that gave in yesterday’s game that (Italy) won again in character,” related Gallinari.

“That will take some time – fortunately less than expected – to get back to normal. It (expletive) hurts to give up this dream. We wanted to treat ourselves to magical nights. In my own house. In our house. Unfortunately, today was a bad awakening. At the Milan clinic where I was accompanied by the professor. Cortina and from all the medical staff the results of the clinical findings have arrived: meniscus injury. Gotta give it up #EuroBasket. Just in a summer that seemed perfect. We need to accept fate and look forward.”

“I will be alongside this group in every game to give joy to thousands of Italians this summer,” he added. “Our journey continues, regardless of what happens… Come on Azzurri!”

“Danilo Gallinari has suffered a meniscus tear in his left knee, the Italian national team announces. No ACL or ligament damage, the team says, which is best case for the Celtics forward following the non-contact injury on Saturday.”