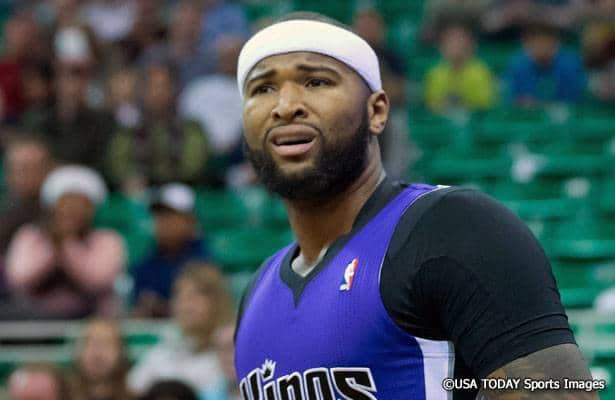 The numbers qualify DeMarcus Cousins as an All-Star, but there is more to it than just stats.

The Sacramento Kings center is averaging 22.9 points and 11.7 rebounds per game this season, ranked ninth and fifth in the league respectively. He is also in the top five in double-doubles, adding to the impressiveness of his performances in his fourth NBA campaign.

On Friday, though, with a spot up for grabs, Cousins was not selected to replace Kobe Bryant (injury) on the Western Conference All-Star Team. Instead it was New Orleans Pelicans big man Anthony Davis, who is averaging 20.5 points and 10.5 rebounds per game, slightly less than Cousins.

He carried the decision with him into that night’s game against the Boston Celtics and let it affect him on the court. Following the Sacramento Kings’ 99-89 loss, Cousins (31 points, 16 rebounds) admitted he was not as focused as he should have been and mentioned being distracted by “outside things.” When asked if the distractions pertained to the All-Star Game, he replied, “I said, I was not focused before the game and I should have been.”

Cousins shouldered the blame for the loss and knows he should have shrugged off any non-game related issues. He will look to lead the Kings (17-33) to a win in their next match-up on Sunday against the Washington Wizards.

As for eventually making the All-Star team, the 23-year-old realizes he has to add to his resume in other ways than the scoreboard. There is more to the selection than simply posting noteworthy individual numbers.

“Just continue to grow as a teammate, as a player, as a leader,” Cousins said. “I’ve got to take it to another level. I’ve got to help this team win games. Until then, it’s going to be the same story.”