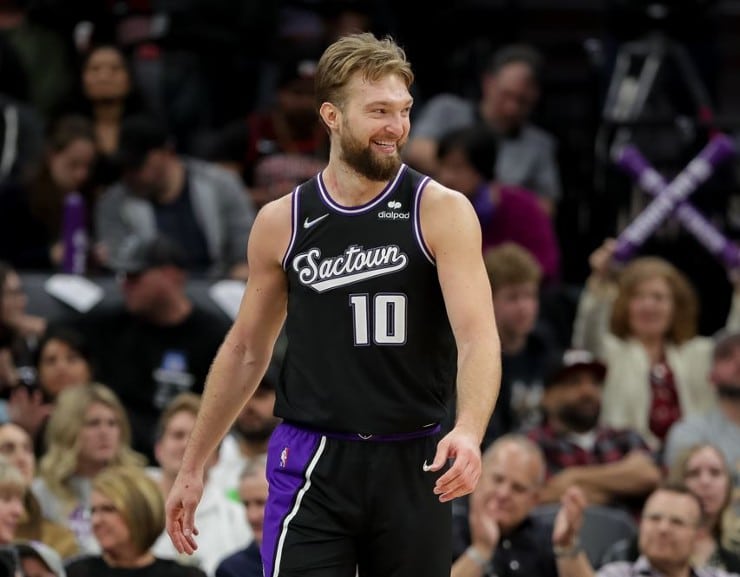 Sacramento Kings center Domantas Sabonis thinks his team’s 16-year playoff drought will soon come to an end. The sixth-year NBA player expects the Kings to qualify for the postseason. Though, the question is when?

When Sabonis was asked by NBA.com if making the playoffs is a realistic goal, he said, “Of course.” Sacramento has not qualified since finishing 44-38 (.537) and eighth overall in the Western Conference in the 2005-06 season.

The Kings have the longest active playoff drought out of the four major U.S. professional sports.

According to some NBA betting sites, the Kings have bottom-10 odds of winning the championship in 2023. Despite low title odds, a few sportsbooks are not ruling out a potential playoff appearance with Domantas Sabonis.

“Every team has that mentality at the beginning of training camp to get that special feeling at the end of the year,” continued the two-time All-Star. “As long as we work toward that, good things can happen for us.”

Regarding the competitive nature of the Western Conference and the Kings’ playoff chances, Domantas Sabonis explained, “Competing is the main thing. We have a lot of talent and a lot of weapons. We have to share the ball.”

He was then replaced by interim head coach Alvin Gentry. However, Gentry was fired at the end of the end of the season. On May 9, the front office hired Golden State Warriors assistant coach Mike Brown as the team’s next head coach.

In the 2022 NBA Draft, the team selected Keegan Murray fourth overall out of Iowa. If the Kings are to make the playoffs with Domantas Sabonis, at least now they have a little extra firepower.

During the offseason, the Kings traded Holiday, Maurice Harkless, and a 2024 first-round draft pick to the Atlanta Hawks for Kevin Huerter. Needless to say, Harkless is now with the Rockets.