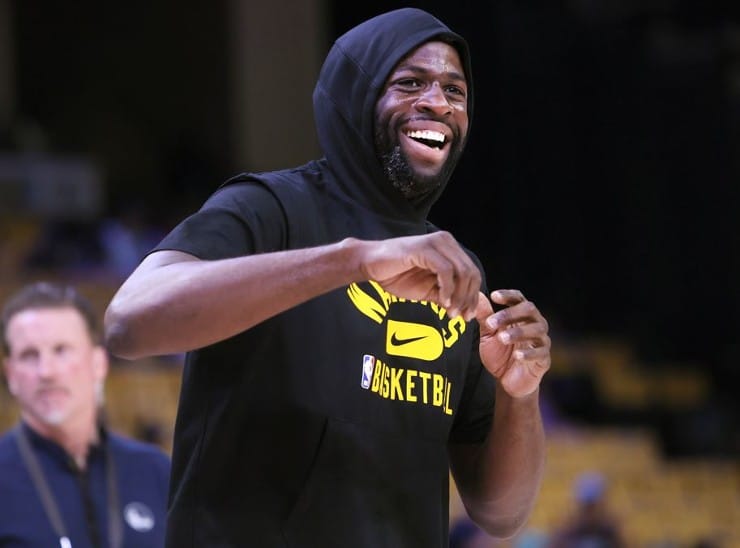 Golden State Warriors forward Draymond Green enjoys playing with his current team. However, the four-time All-Star could become a free agent after the 2022-23 season.

According to a few NBA betting sites, the Warriors are favored to repeat in 2023. Nonetheless, some sportsbooks are giving the Boston Celtics higher odds. Find out which oddsmakers are anticipating another NBA Finals appearance for Golden State.

An unnamed Western Conference executive was interviewed by Sean Deveney of Heavy.com. If Draymond Green were to ever leave the Warriors, the unknown NBA executive feels he’ll sign with the Dallas Mavericks, Detroit Pistons, or Los Angeles Lakers.

“He has always thought about playing for Detroit, helping his hometown of Flint at the same time,” explained the source. “He would love to play with a superstar like Luka where he has to just play off him.”

“And he is clutch. You know he loves being on the barbershop show with LeBron James. He wants to have an entertainment career when he is done playing. You don’t need to be in L.A. for that, but it helps.”

In one episode of “The Draymond Green Show” on YouTube, Green was asked which player — besides Stephen Curry of course — is his favorite player to watch. He said it was Luka for sure.

Draymond Green open to playing for Dallas, Detroit, or L.A.

While not many fans could picture Green signing with the Pistons, the 10-year NBA veteran could very well play for the Mavericks or Lakers in the future. Perhaps the Golden State player would rather play for another contending team.

“He does not want to, but if you ask around, I think there is a sense that he would,” continued the unnamed Western Conference executive.

“There is a limit on how much they’re going to spend to keep this thing together and because they have young guys are just about every position, they’re approaching it like there’s no one outside of Steph that they have to keep.”

“If he gets a big offer from Detroit as one example or maybe Dallas or the Lakers, somewhere he would like to play? He is not going to be shy about leaving. He understands this business.”

Will the 10-year veteran retire with the Warriors?

Draymond Green is on the downside of his career. But that’s not a bad thing in his case. Last season, the Michigan State product averaged 7.5 points, 7.3 rebounds, 7 assists, 1.3 steals, and 1.1 blocks per game.

During the 2022 NBA Playoffs, Green helped the Warriors win their fourth championship in eight years. During the Western Conference Finals, the wing averaged 10.6 points, 6.4 rebounds, and 5.6 assists per game.

Furthermore, in the 2022 NBA Finals, he averaged 6.2 points, 8 rebounds, and 6.2 assists per contest. Golden State defeated the Celtics in six games.

So, if Green’s serious about pursuing a career in entertainment, he might decide to remain in California. If not retiring with the Warriors, he could spend his final years in the NBA with the Lakers or Los Angeles Clippers.

At this point, it would come as no surprise if Draymond Green retired with the Warriors.