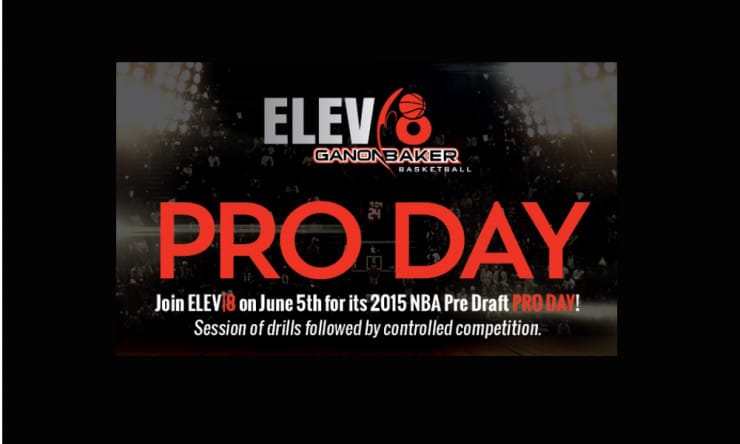 As the majority of NBA decision-makers descend on Italy for the adidas Euro-Camp, ELEV|8 Sports Institute is playing host to a pro day on June 5 that includes a number of NBA draft prospects.

ELEV|8 is one of the premier player development destinations, led by Ganon Baker and Cody Toppert (also a contributing analyst for Basketball Insiders) along with a tremendous staff of coaches. The list of players includes Terry Rozier (projected to mid-to-late first round), and Mike Qualls, who almost assuredly will be selected in the 2015 NBA Draft, as well as a number of outstanding unheralded prospects such as Seth Tuttle and Royce O’Neale among others. It’s possible the pro day will include this year’s Tyler Johnson, who also trains at ELEV|8 and did his draft prep there as well.

The format of the event will include drill work followed by controlled competition and shooting. The workout will take place at American Heritage School (6200 Linton Blvd, Delray Beach, FL, 33484) from 10 a.m. to 2 p.m. Groups will spend 45 minutes on the floor and have the opportunity to demonstrate their abilities to adjust under pressure in a series of highly dynamic drills and compete in three-on-three followed by shooting drills after they are fatigued.