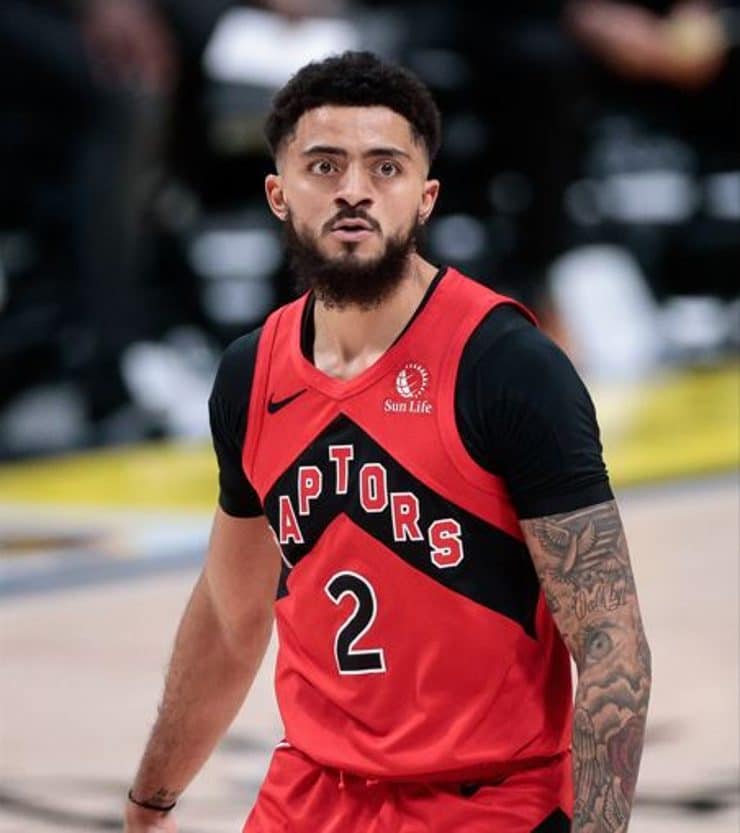 Former Toronto Raptors guard Jalen Harris has been reinstated, following a one-year suspension for violating the NBA’s drug policy. He was selected 59th overall by the team in the 2020 NBA Draft.

On Tuesday, the NBA and NBPA released this statement: “The NBA and National Basketball Players Association today granted the application of Jalen Harris to be reinstated as an NBA player.”

Harris was eligible for reinstatement because he was a first-year player. For league veterans, a two-year ban is the standard punishment for a drug violation. Harris took to Twitter to respond to this news.

While the Raptors retain his rights, the team is full right now. A two-way contract is also not available. According to NBC Sports, Harris could play in the G League. He might be looking to sign an Exhibit 10 contract as well.

Additionally, on July 1, 2021, the NBA suspended the guard one full season for violating explicit rules of the anti-drug program.

Last season, he played for the Vanoli Cremona of the Lega Basket Serie A. In 18 games played, while shooting 38.5% from the floor, Harris also averaged 13.8 points, 3 rebounds and 2 assists per game.

The Player of the Game goes to Jalen Harris 🎖

Now, the guard is currently signed with the Scarborough Shooting Stars of the Canadian Elite Basketball League (CEBL). In Scarborough’s 80-70 loss to the Montreal Alliance, Harris ended his performance with 18 points, 4 rebounds and 4 assists.

He helped lead the Shooting Stars to the CEBL Championship Game after putting up 22 points, 8 rebounds and 6 assists in another notable win.

While in the NCAA, through a total of 68 games played, Harris averaged 16.4 points, 4.8 rebounds, 2.7 assists and 1 steal per game. Plus, he averaged 45.1% shooting from the field and 35.9% from downtown. The guard played his first two years at Louisiana Tech.

In his freshman 2016-17 season, Harris averaged 10.9 points, 3.1 rebounds and 1.6 assists per game. These stats are based on appearances in 27 games. He was then selected to the Conference USA All-Freshman Team.

Then, he spent his next two years with the Nevada Wolfpack. After sitting out as a redshirt for his 2018-19 junior season, Harris averaged career-highs 21.7 points, 6.5 rebounds and 3.9 assists per game in the 2019-20 season.

Not to mention, he played 33 minutes per game in 30 games started. Harris then won Mountain West Newcomer of the Year and was selected to the All-Mountain West First Team in 2020.

If Jalen Harris returns to the NBA, he cannot risk another suspension. He celebrated his 24th birthday this past Sunday.