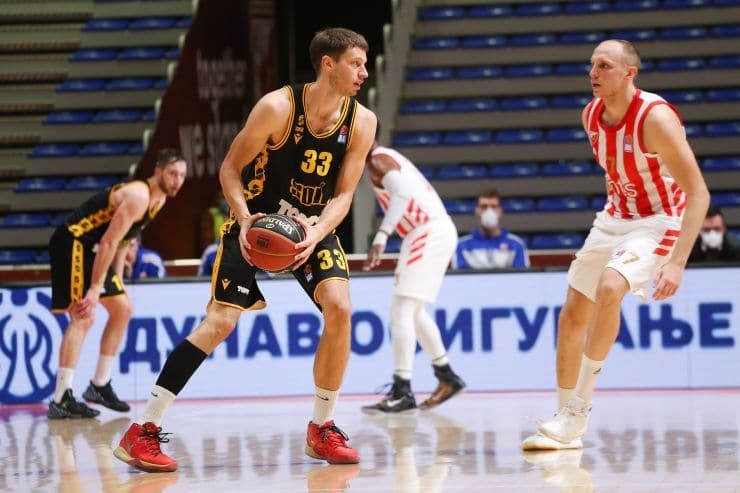 According to oddsmakers at MyBookie, Crvena Zvezda are heavy 16.5-point favorites against KK Split. The total has been set at 146.5. The best moneyline for Crvena Zvezda is -2500. The updated betting odds from MyBookie for Friday’s contest are down below.

As for Split, they have not won any championships lately. Their last Croatian National Championship victory was back in 2003. They also won the Croatian National Cup in 2004. Last season, in the ABA League, Marko Luković had a team-high 15.3 points averaged per game in 23 games. Additionally, he accumulated 4.6 rebounds and 2.0 assists per game. Roko Leni Ukić averaged 14.9 points, 2.7 rebounds and 4.3 assists, too. The 36-year-old was selected 41st overall by the Toronto Raptors in the 2005 NBA Draft. However, Ukić only played a few seasons in the NBA for the Raptors and Milwaukee Bucks.

For one notable fact, Split averaged 73 points per game last season, ranking 12th overall. On the other hand, Crvena Zvezda averaged a whopping 90 points, ranking third in the ABA League. In other words, pick Crvena Zvezda to win and expect the total to go over 146.5. They also have high odds of covering the spread. Other free ABA League expert picks can be found here.

MyBookie is banned in Nevada, New York, Pennsylvania and New Jersey. Visa, Bitcoin, MoneyGram and Mastercard prepaid work on deposits. Nevertheless, these methods of payment will not work on withdrawals. If bettors want to claim a 100% first deposit bonus of up to $1,000, follow these three steps down below.

Click Here To Claim a 100% First Deposit Bonus Of Up to $1,000
Join our Telegram channel for our exclusive free betting tips, picks and offers.