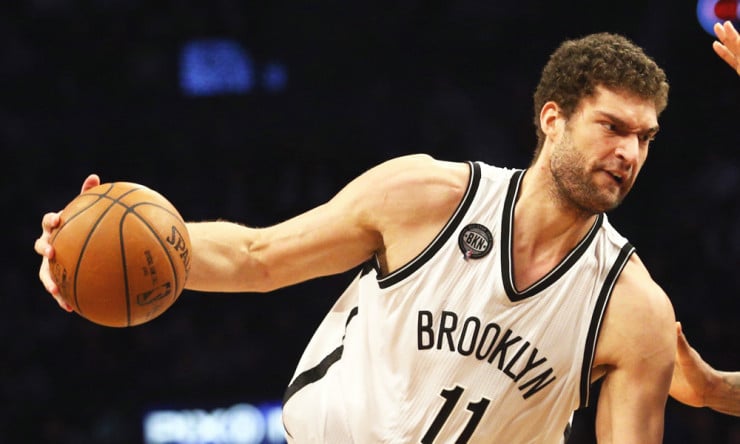 If a couple of Deron Williams’ late game jumpers connected in Game 2, a pessimist could make an argument that the Atlanta Hawks could be facing a 1-2 series deficit in their first round matchup versus the Brooklyn Nets. But those Williams shots didn’t fall and the Hawks, despite losing Game 3 in Brooklyn, are still in the driver’s seat heading into Game 4.

However, the Hawks have been marred by choppy and inconsistent play since the series began. In the second half of Game 3, the Hawks’ inability to score sealed their fate. Brooklyn used an 18-0 second half run to take control of the game and hold on late for the victory.

One of the most surprising aspects of the series has been Brooklyn’s frontcourt of Brook Lopez and Thaddeus Young outplaying Atlanta’s All-Star tandem of Al Horford and Paul Millsap. In addition to the frontcourt struggles, the Hawks’ All-Star backcourt of Jeff Teague and Kyle Korver combined to shoot 5-of-21 (0-for-8 three-pointers) from the field in Game 3. Atlanta’s bench provided no relief for their struggling starters, combining to shoot a woeful 8-of-27 from the floor.

Physically, the Hawks have been outrebounded in the series and outscored in the paint, which shows their disadvantage on the interior being an undersized unit. However, the Hawks have countered this all season with accurate three-point shooting. In Game 3, the Hawks shot just 6-for-30 from beyond the three-point line.

The Nets have hung tough with the heavily favored Hawks throughout the first round of the playoffs. On Saturday, Brooklyn finally managed to pull out a victory and could even the series 2-2 with a Game 4 win.

The interior combo of Brook Lopez and Thaddeus Young combined to tally 40 points and 24 rebounds in Game 3, thoroughly outplaying their All-Star counterparts on the Hawks. Game 3 also marked the third consecutive game Brooklyn held a rebounding and points in the paint advantage over the smaller Hawks.

Atlanta has been dealing with a bit of injury, inconsistency and sloppiness throughout the series. But give credit to Brooklyn, who has also had to endure their own struggles – namely former All-Star guard Deron Williams’ relative ineffectiveness since the playoffs began. Joe Johnson has scored in double figures in each game of the series, but the veteran is shooting just 34 percent (17-of-50) from the field.

The strategy for the Nets is all about controlling tempo and pounding the rock inside. Lopez is not a great back to the basket offensive presence, so Brooklyn has managed to get him the ball on the move and in favorable face up positions. Aside from Game 2, the play of Young has been an unexpected surprise for Brooklyn as he has more than held his own versus Millsap.

It’s far from time to panic for the Atlanta Hawks, who arguably played their worst game of the series and lost by only eight points. But Brooklyn continues to gain confidence after a regular season when the Hawks dominated them.

Look forGame 4 to follow the same script in terms of heavy utilization of Lopez on the inside. However, it’s hard to imagine the Hawks playing this sloppy in all areas of the game again.

The Hawks should pull out a competitive Game 4, but Brooklyn isn’t going down without a fight.