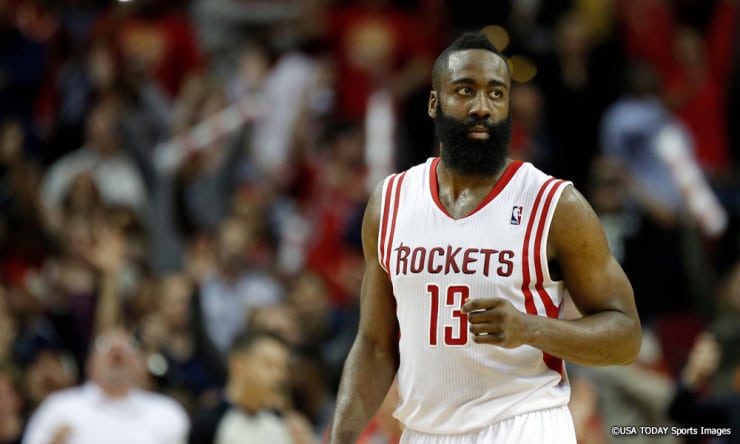 The Warriors may have finally dropped a game in this series to the Houston Rockets, but we couldn’t fault them if the only “drop” they were at least momentarily concerned about had been the fall suffered by Steph Curry while attempting to make a defensive play in transition during the second quarter. Curry made Dub Nation’s collective heart stop when he remained on the ground following the spill.

Curry looked a bit slowed (at times) upon returning and was able to eventually contribute, but his Warriors simply were not able to respond to a clearly-desperate Rockets team in Game 4. Draymond Green and Klay Thompson paced a balanced offensive attack, but the trouble for Golden State was definitely on the defensive end in the loss. Beyond surrendering 128 points, the Warriors – quite uncharacteristically – nearly doubled the amount of fouls (29 personal fouls compared to 16 for Houston).

Although a jump-shooting team, the Warriors still cannot afford to only shoot 13 free throws as a team (7-13) while sending James Harden (12-13) to the line the same amount of times, individually. They seemed to lack Curry’s normal ability to penetrate and probe that can create easier scoring opportunities, but will have to find a way to put Houston defenders on their heels more often in Game 5.

Expect Steve Kerr to adjust to Harden’s offensive explosion and look to make life more difficult for Houston’s season-long offensive life force. It wouldn’t shock us to see Harden swarmed and funneled a lot more often in Game 5… similar to the way he was trapped to end Golden State’s Game 3 victory in Houston.

Although we won’t quite call it a comeback just yet, the Rockets are the one team remaining in these playoffs that can claim to have returned from the depths of near-despair having already pulled themselves out of a 1-3 hole just over a week ago. They were the ninth team to complete such a feat before, but a reversal of fortune in this series would actually be the first of its kind for an NBA team. While Mr. Wolf (Pulp Fiction) warned of the dangers of prematurely celebrating “just yet”… we have to acknowledge the impressive effort the Rockets put forth to stave off elimination for at least another game.

It will be interesting to see how the team adjusts and which players happen to step forward in the event that Kerr elects to double or trap Harden, but the Rockets could absolutely use a few strong performances out of Dwight Howard, Josh Smith and Corey Brewer if the team is to continue extending the series. Harden has to stay aggressive, but Houston will likely need a balanced effort to duplicate their Game 4 success.

Houston also has to be concerned about the potential of the league deciding to review the footage of Howard’s second half skirmish with Andrew Bogut that initially earned a Flagrant 1 by the officials. If the league were to determine the exchange actually warranted a Flagrant 2, Howard would ultimately have to serve a one-game suspension.

Can Houston’s role players show up on the road and stun the crowd at Oracle Arena the same way they did in Game 6 against the Clippers? The Rockets will absolutely need them to as we can expect ‘Roaracle’ to be rocking. If Curry is healthy, the Warriors will be headed to the Finals for the first time since 1975.