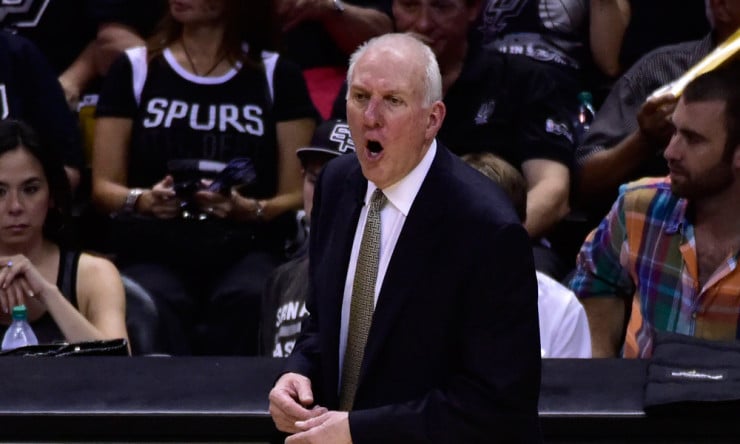 Everything looked great when the Clippers jumped out to a double-digit lead at one point in the first quarter, as they truly appeared to be on the way to finally fulfilling some of the lofty expectations so many fans and even casual basketball observers have had given this core’s talent. In what must sound like a broken record for supporters of this team, once again, the supporting cast struggled to produce and after playing well throughout, the starters ended up sputtering down the stretch. Chris Paul, DeAndre Jordan and J.J. Redick each at least played relatively well offensively, but as has been the case, unless Blake Griffin and Jamal Crawford also at least play to the level we’ve all become accustomed to seeing from them, the Clippers will struggle to beat other good teams.

On the surface, Griffin would certainly appear to have played well (30 points, 14 rebounds, seven assists), but he seemed to run out of gas at times down the stretch and he also only managed to combine with Crawford to go just 14-40 from the field. Unfortunately for the Clippers, reserve guard Austin Rivers wasn’t able to duplicate that 16-point performance from Game 4, and the Clippers only received 17 total points (8-23 field goals) from the entire bench unit.

In what will likely be the biggest game of this organization’s checkered history, the Clippers absolutely need their best performance on the year in Game 6 if they want any chance at returning to Staples with anything more than a bag for their belongings.

Not that the defending champions needed any sort of confidence boost, but the Spurs have to feel positive about their second road victory of the postseason as they head back to the comfortable confines of AT&T Center. They managed to withstand one of those rare games (these days) where both Kawhi Leonard and Tony Parker struggled from the field. In fact, the same depth we applauded them for heading into the series is precisely what led to their win in such a pivotal game between the two teams. Historically, greater than 80 percent of teams that have won Game 5 have gone on to win a best-of-seven series in the NBA, and these Spurs will certainly be looking to capitalize on this momentum now that the taste of blood is in the water.

Just like we said heading into Game 3 of this series, beware of the supporting cast stretching things out and really putting the Clippers in a difficult situation while facing elimination if the Spurs are able to come out of the gate playing well. All things have been relatively even throughout the series, but the games where San Antonio’s team depth really showed up have resulted in an awful lot of “Go Spurs, Go!”… which is definitely not something the Clippers want to hear from the early going on Thursday.

With as much heart and determination as this Clippers team showed in staving off a 1-3 deficit in Game 4, it is difficult to imagine a scenario where they simply didn’t show up to play when staring an unwanted vacation in the face. The unfortunate thing for the Clippers is that San Antonio will probably match and exceed their efforts and may hit them in waves on Thursday. Beware of the avalanche… Spurs close it out at home.