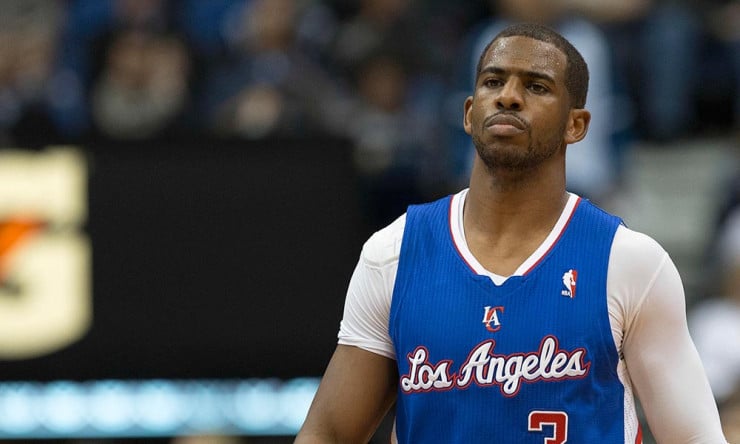 Where were these Houston Rockets throughout the beginning of this best-of-seven series with the Clippers? Sure, they were able to salvage Game 2 in Houston, but the Rockets know as well as anyone they were absolutely on the ropes at one point in this series. Now they find themselves with all of the momentum as both teams head back to Houston Toyota Center for what should be a monumental Game 7 on Sunday.

Perhaps even more odd, the Rockets actually seemed to be dead in the water as they saw the Clippers build a near 20-point second half lead until Kevin McHale decided to roll the dice and sit the 2014-15 MVP runner-up for a majority of the final 14 minutes of action. Harden had been absolutely brutal (5-20 FGs) to that point, but McHale’s decision to ride the hot hands of Josh Smith (19 points, six rebounds, 4-7 from deep) and Corey Brewer (19 points, 10 rebounds) while allowing Dwight Howard (20 points, 21 rebounds) to pace the action was in direct contrast to the formula Houston utilized throughout a majority of the season.

Coach McHale was quick to remind his team of the 3-1 hole his Celtics were in against the Philadelphia 76ers once upon a time (1981), and now they have the opportunity to join the list of eight teams that were able to overcome such a deficit in NBA playoff history.

The Clippers have played their way into a Game 7 battle once again, but unlike the impressive ending of their opening round series with the San Antonio Spurs, they now find themselves in danger of being just the ninth team to surrender such a commanding lead. After completely dominating the early stages of this series and even overcoming the absence of Chris Paul over the first couple games, the tide and momentum seemed to change abruptly and seemingly without cause of warning.

It’s difficult to say whether it was a matter of this team simply taking its proverbial ‘foot off the gas’ or a combination of desperate play by the Rockets along with a somewhat natural tendency to exhale after building a lead. The trouble is, coach Doc Rivers and this core group don’t have time to figure things out at this point. They’ll have to find a way to regroup and will likely have to put forth their best effort of the postseason if they want to salvage what had been a very impressive run up until this recent stretch.

Put simply, their Game 6 collapse was just inexcusable for a team with title aspirations. Allowing a team to come back from a 1-3 deficit is one thing, but failing to hold a 19-point third quarter lead at home in a game where the opposing team’s best offensive weapon struggled so mightily could have Clipper fans wringing their hands above their heads for months to come if the team isn’t able to find a way to get it done on the road once again.

We favored the Clippers throughout this series as they truly appeared to be the better and more complete team for a majority of the action. Trouble is, now that the Rockets have battled back and taken momentum, all of that “good will” is null and void. It should be another epic Game 7, but the home team is generally favored in such instances. Sunday’s game isn’t likely to be any different. Rockets probably advance to the Conference Finals.