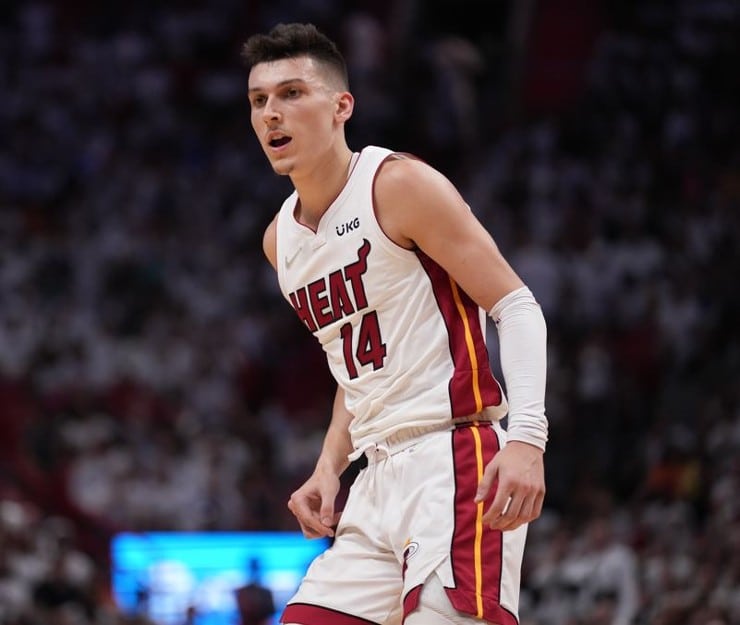 During NBA Media Week, the 22-year-old was asked about contract negotiations between him and the Heat at FTX Arena. “I was active early in the summer,” Herro told reporters.

“Then I realized it wasn’t going to get done, if it does get done, until later. So I just told my agent to call me when it’s ready. “So we haven’t really spoken much about the contract.”

Multiple NBA betting sites are showing top-10 odds for the Heat winning the championship in 2023. Will they return to the Eastern Conference Finals in the 2022-23 season? Compare the sportsbooks’ odds.

“Obviously, I tell him to call me when it’s ready,” continued Herro. “If it’s not ready, I continue to play my game and figure it out next summer.”

After averaging 20.7 points, 5 rebounds, and 4 assists per game last season in 66 appearances, Herro is expecting his payday. Needless to say, he posted career-high numbers in his third season.

In the Heat’s 102-91 loss against the Indiana Pacers on October 23, 2021, the guard became the first player in franchise history to log at least 30 points and 10 rebounds off the bench.

“There’s players across the league that have gotten paid who I know I’m better than,” mentioned Herro. “So, it’s got to be the right number.” Therefore, there’s no doubt that Herro’s patience is running thin.

Another comparison is Jaylen Brown’s four-year, $107 million deal he signed with the Boston Celtics in 2019. Of course, both contracts included incentives.

If Tyler Herro continues to exceed expectations with the Heat, he should receive an All-NBA honor in 2023. Fans could even argue that Herro is just as important to the Heat as Jimmy Butler. Playoff contenders need bench depth.