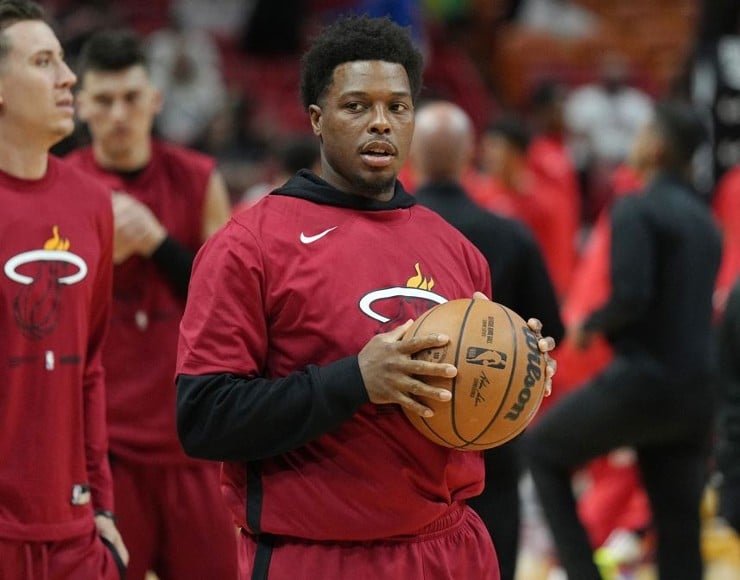 While Yurtseven remains out indefinitely, Haslem is questionable, Vincent is out, and both Butler and Dedmon are probable. According to a number of NBA betting sites, the Heat have the 14th-best odds to win the championship in 2023.

UPDATE: Kyle Lowry and Caleb Martin have both been ruled out.

Jamal Cain is headed to Miami from the @SFSkyforce and is expected to be available for tonight’s game. https://t.co/73gc3WJp9u

Including Monday’s matchup, Lowry has missed four games this season. This will be his third consecutive game missed. The six-time All-Star sat out of Miami’s 111-108 win against the Houston Rockets (Dec. 15) and 111-101 victory over the San Antonio Spurs (Dec. 17).

Additionally, this will be Caleb Martin’s third game missed this season. He was inactive during Saturday’s game against the Spurs. Through 29 starts, the fourth-year wing is averaging career highs of 11.1 points, 4.7 boards, 1.9 assists, and 1.1 steals per game. Plus, he’s shooting 46.8% from the floor and 39.6% from 3-point range.

”We want to make forward progress from here on, coming off from a successful season this shows how tough it is to win,” said Heat coach Erik Spoelstra after the game in Mexico City. ”Nothing is guaranteed in this league, there’s a lot of parity, we know the road to success, and we need to do the things that most teams don’t.”

Miami begins its four-game homestand versus the Bulls. Of course, the only two players Chicago has listed on its injury report are Lonzo Ball (knee) and Javonte Green (knee). Ball is not expected to play until the first couple of months into 2023, and Green’s status is questionable.

Chicago is on a four-game skid. The team has lost seven of its last 10 games. However, the Heat are playing well at the moment. They are 6-4 in their past 10 contests, and the team is on a four-game win streak.

As another side note, the Bulls are 2-8 in their previous 10 matchups versus Miami. Multiple sportsbooks show the Heat as four-point favorites at home. So far this season, they are 9-6 at home and 16-15 overall.