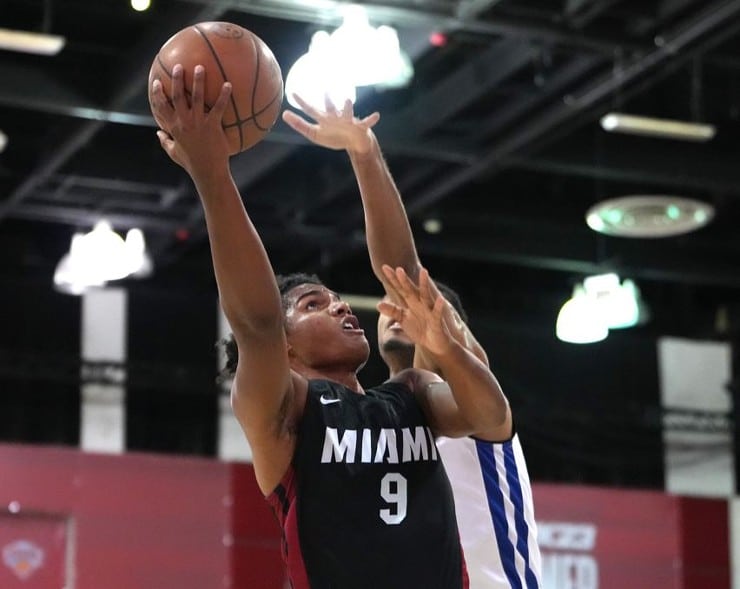 The Miami Heat have signed guard Dru Smith to a two-way contract. He scored 15 points in Miami’s 118-110 preseason win over the Houston Rockets on Monday.

On September 10, 2021, Smith signed an Exhibit 10 contract with the team. However, he was waived a month later.

Last month, the 24-year-old inked an Exhibit 10 contract with the Heat. This past Sunday, the team waived two-way guard Darius Days. This now leaves Smith and forward Jamal Cain to fill the two-way spots.

According to a few NBA betting sites, the Heat have top-10 odds to win the championship in 2023. Some oddsmakers believe Miami is the greatest threat to the Boston Celtics and Milwaukee Bucks in the Eastern Conference.

The Miami Heat are signing guard Dru Smith to a two-way NBA contract, sources tell @TheAthletic @Stadium. Smith, in his second season in the Heat system, had a 15-point preseason performance on Monday and makes the team's roster out of camp.

Per multiple sources, the Heat are also waiving Jamaree Bouyea, Marcus Garrett, Orlando Robinson, and Mychal Mulder ahead of the 2022-23 season.

He was then named to the MVC All-Freshman Team.

At the end of the season, the Purple Aces won MVC Most Improved Team. The guard will have the opportunity to make a similar impact with the Heat in the 2022-23 season.

Will he be able to help the Heat this season? Their backcourt could use his speed.

For his senior season with Missouri, in 26 starts, Smith averaged a career-high 14.3 points per game. Not to mention, he also logged 3.5 rebounds, 3.8 assists, and 2.1 steals.

He was selected to the 2020-21 All-SEC First Team and SEC All-Defensive Team.

Dru Smith will spend his time with the Sioux Falls Skyforce throughout the 2022-23 season. A two-way contract is worth half of a rookie minimum contract. So, the deal is valued at about $502,000. The contract will allow Smith to play in the G League and in the NBA with the Heat at the same time.