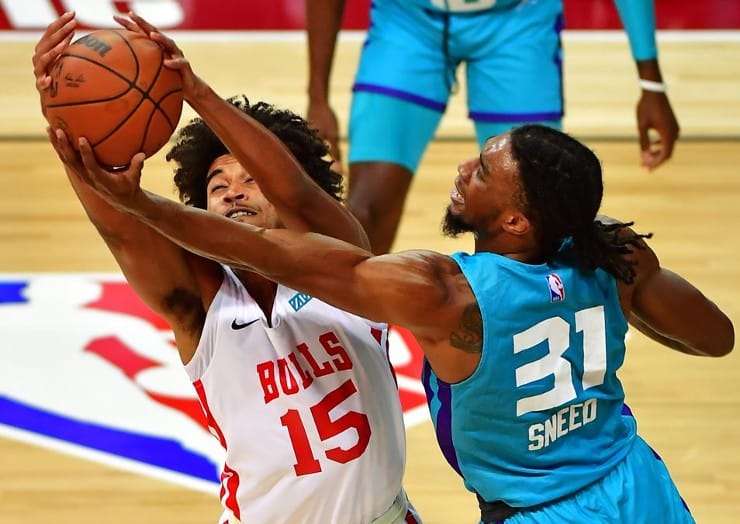 The Charlotte Hornets have signed forward Xavier Sneed to an Exhibit 10 contract, according to sources. This is a nonguaranteed contract. In 2020, Sneed went undrafted out of Kansas State.

On November 30, 2020, the 6’5″ wing originally inked an Exhibit 10 contract with the Hornets. However, he was waived months later in December.

In January 2021, the forward agreed to terms with the Greensboro Swarm, the Hornets’ G League affiliate. He averaged 8.1 points, 4 boards, and 1.8 steals per contest in 13 games.

Per multiple NBA betting sites, the Hornets have bottom-15 odds of winning a championship in 2023. Having said that, some sportsbooks are expecting to see them in the playoffs. Check out the odds.

#Hornets are signing Xavier Sneed to an Exhibit 10 deal, league sources tell @theobserver. Roster is back up to 20.

Then, Sneed signed a regular deal with the Hornets in September the same year. Once again, his services were only temporarily needed. He was waived in October.

The forward then went on to sign a two-way contract with the Utah Jazz. Of course, the Jazz waived him last month. In one game with the Salt Lake City Stars, the team’s G League affiliate, Sneed scored 32 points.

Sneed has appeared in nine NBA games but has struggled to score more than a basket in his appearances. Fortunately, the forward succeeds at the G League level.

With a total of 24 steals, he finished ninth in the G League. He will have the opportunity to play with the Hornets in the 2022-23 season.

Since Xavier Sneed signed an Exhibit 10 deal, this contract can be converted into a two-way contract before the commencement of the regular season. Guard Bryce McGowens occupies one of the Hornets’ two-way spots.

With this signing, the team’s roster is back up to 20. Other players signed to Exhibit 10 contracts include Jalen Crutcher, Anthony Duruji, Jaylin Sims, and Isaiah Whaley.