Home » news » Houston You Have A Problem 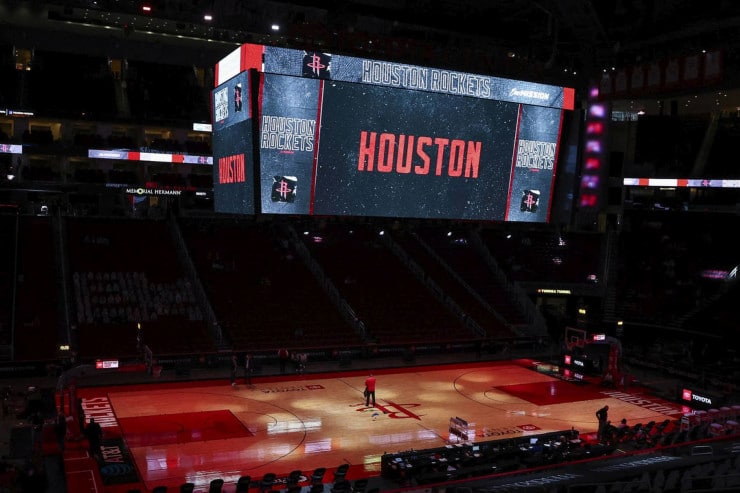 There is a scene from a famous movie starring Tom Hanks that everyone knows. Those five famous words are often thrown around in certain situations but the one playing out in Houston this season is much different. There are two different items that need to be addressed, both of which are being handled poorly by the Rockets organization.

The first topic of discussion is with their head coach Stephen Silas. With the poor start to the season, reports began to surface that the second-year coach may be on the hot seat. It would be foolish to expect Silas to win with this roster, and to point the blame in his direction would be absurd.

In their first game after those reports came out, the Rockets delivered an impressive victory over the Chicago Bulls, which began their current four-game winning streak. The players were eager to stick up for their coach.

Christian Wood is thrilled for Stephen Silas: “Very happy, very happy and I know he’s happy. He did a great job of coaching us tonight in terms of putting us in positions to where we can succeed and knowing where the mismatches were with KPJ..He did a great job tonight.” pic.twitter.com/h9iP0YsrAI

Silas began in 2000-01 as an assistant coach, ultimately being a part of five different organizations. He was part of the original Charlotte Hornets, the New Orleans Hornets, the Charlotte Bobcats, and back to the modern Charlotte Hornets. He had stops with the Cleveland Cavaliers, Golden State Warriors, and Dallas Mavericks as well. Silas grew up around the NBA, with his father Paul winning a championship with the Boston Celtics. He has seen a lot of things during his time on the sidelines.

Silas got his first head coaching job with the Rockets on Halloween last year. Ironically, it has been a nightmare for him ever since.

When Silas took over the reins of this team, James Harden and Russell Westbrook were still on the roster. Frustration among the players ultimately led the team to trade Westbrook to Washington for John Wall, and the rebuild was put into motion. It was only a matter of time before the franchise moved Harden and was ready to start from scratch.

Houston still owns the third-worst record in the league and ranks at the bottom of nearly every statistical category, but that is to be expected with this group of young players. The Rockets have taken the approach of playing all of their young guys and letting them learn from their mistakes on the floor. It doesn’t take a rocket scientist to figure out why that isn’t a formula for immediate success. Silas wasn’t just dealt a bad hand, he was put into a no-win situation.

The team that Silas was hired to coach was supposed to be a title contender. This job of managing a rebuild is radically different. Still, the Boston native is not worried about his immediate future.

“I’m going to coach these guys as hard as I can. I’m going to do the things that I believe in. I’m going to do them in a way that is smart — that I feel is smart — and a way that is well-thought-through. And if it works out, it works out. I’ve been waiting too long for this not to do it in an honest way. So, yeah, I get it. I totally get it. But I’ve been there before, I grew up in it, and this is the job I wanted. This is where I want to be, so we’ll just go from there.”

Stephen Silas: “We were down in the dumps for awhile, so this streak obviously feels better than the last streak that we had, but our guys are feeling confident and our shooting is very much attached to our, I don’t know if for better or for worse, our confidence level…" pic.twitter.com/IZZEmmdtqX

Firing Silas at this stage of the game would solve nothing, and would paint a very negative perception about the front office. Instead, the organization should support their coach and focus their attention and energy on player development.

The other sticky situation the Rockets are facing is the uncertain future of their veteran point guard. After taking a year off due to injury, Wall played in 40 games last season for the Rockets. The five-time All-Star averaged 20.6 points per game while dishing out 6.9 assists. Statistics aside, he looked really good on the floor. Some went as far as saying he looked like the All-NBA player from the 2016-17 season. After drafting Jalen Green in the summer, the Rockets decided that Wall was no longer in their plans.

The top overall pick out of Kentucky has yet to see a minute of action. Before the season began, the two sides agreed that Wall would not play for the Rockets while the team tried to find a trade for the 31-year old. Despite his strong play on the court, and interested teams, his contract makes striking a deal extremely difficult.

Wall signed a four-year, $170 million extension in 2017 that has him earning over $44 million this season. He also has a player option for next season worth more than $47 million that he most certainly will pick up. There is also a 15 percent trade kicker that will come into play. A buyout seems unlikely, but there is no reason why Wall can’t play for this team.

One month into the season, Wall has gotten the itch to get back on the court. The organization doesn’t want Wall taking minutes from Green and Kevin Porter Jr but the three guards can co-exist. He wants to start but the team has stated that the only way he can play is if he comes off the bench.

Wall has plenty of experience playing off the ball in Washington with Bradley Beal. He was named to the All-Defensive team in 2014-15 and can teach the young players. Whether he starts or not, Wall has the capability to make life easier for Green and the others.

Wall recently took to Instagram and posted a video that had a strong message for the organization.

When it comes to trade scenarios, Wall has said that he has no preference or “wish list” when it comes to his next destination. The amount of money that Wall would have to give back in a buyout situation makes it extremely unlikely. It appears that his only chance to get back on the court this season will be in a Rockets uniform.

Silas has experience coaching star players. He was around LeBron James in Cleveland, Stephen Curry in Golden State, and Luka Doncic in Dallas. The two can work together to mold the young core for the future. After all, isn’t that the ultimate goal?

The James Harden era in Houston is dead. Hakeem Olajuwon is not walking through the door anytime soon. The Rockets have made their bed. Now they must lie in it.