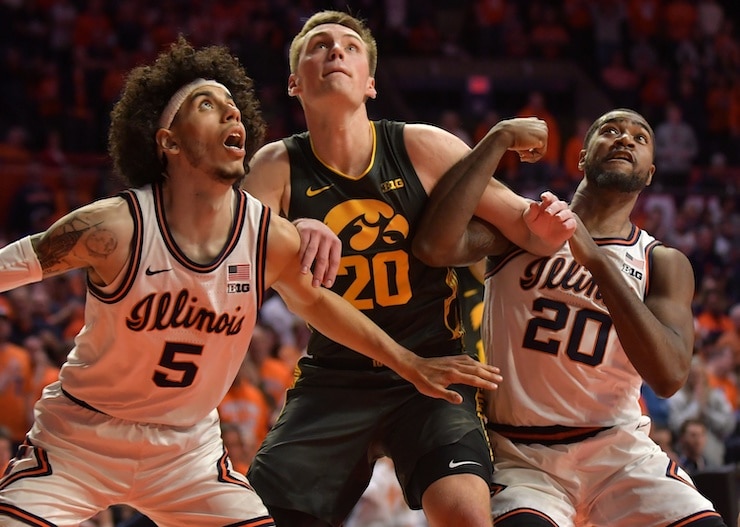 The Illinois Fighting Illini are set to take on the Chattanooga Mocs on Friday at 6:50 EST. This game will be played at the PBG Paints Arena. Chattanooga is going to be coming in at 27-7 and a number 13 seed, while the Illinois Fighting Illini will be coming in at 22-9 and a number four seed. Illinois was knocked out early in the Big Ten Tournament; the Mocs ended up winning their conference tournament.

The Illinois Fighting Illini are set to take on the Chattanooga Mocs on Friday. This is a game that Illinois should be able to take care of business in, but the Mocs have been playing great basketball as of late.

They were unable to get much going on the offensive side of the ball despite Kofi Cockburn’s 23 points and 10 rebounds.

If Illinois is going to want to win this game, they’re going to have to score the basketball at a much higher level than they have the past few weeks. Kofi Cockburn needs to step up for the Fighting Illini in this one, as well as others.

Chattanooga Is Better Than Ranked

Chattanooga is going to be coming into this one with nothing to lose. Whenever that is the case, the other team has to be a bit worried. All the pressure right now is on Illinois, which should give Chattanooga some confidence.

They’re going to be coming into this one playing their best basketball as of late as they’re currently on a five-game win streak. They were able to win the Southern Conference tournament as they beat the Furman Paladins 64-63. In that game, Silvio De Sousa led the way with 17 points.

For this game, I think I’m going to go with Chattanooga to cover the spread. I think that when Illinois is on top of their game, they’re a team that could potentially win at this tournament. However, if their Big Ten Tournament loss was any indication about what is to come for this team, it could be a quick tournament exit for them.

Chattanooga has been playing great basketball as of late, and although I don’t think that they’re going to win outright, I think taking them with the points is going to be a good idea.

Get free March Madness bets for the Illinois vs Chattanooga game at BetOnline below.