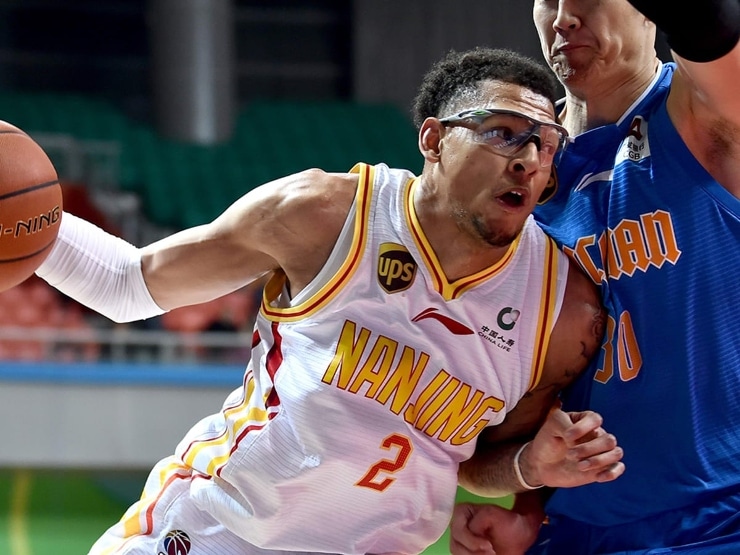 Former Baylor star Isaiah Austin was ruled ineligible to play in the NBA in 2014. The 7’1” center was projected to be a top first-round pick in the 2014 NBA Draft. However, the young star was diagnosed with Marfan syndrome on Jun. 22, 2014. This led to teams reconsidering selecting the California native. With Baylor, he won the NIT championship in 2013.

Despite his NBA ineligibility, he was medically cleared to play basketball on Nov. 30, 2016. He wanted to play basketball professionally in the United States. Though, Austin considered possibilities of playing in Europe. On Jan. 7, 2017, he signed a deal with Serbian team KK FMP. This basketball club is located in Belgrade, Serbia.

Austin averaged 7.6 points and 3.9 rebounds per game in 12 KLS games. Plus, he averaged 9.1 rebounds, 3.2 rebounds and 1.2 blocks in nine ABA League games. Furthermore, his most notable performances came while playing in China’s National Basketball League (NBL) for the Guangzhi Weizhuang. He averaged 34.6 points, 13.4 rebounds, 2.8 assists, 1.1 steals and 4.3 blocks per game. The center was dominant in China.

After playing for the Guangxi Rhino, Austin played for the Super Basketball Legaue’s Yulon Luxgen Dinos team in Taiwan. Then, he played for the Champville SC in Lebanon and the Nanjing Monkey King, which is a team part of the Chinese Basketball Association (CBA).

Plus, he was selected first overall by the Enemies in the 2021 BIG3 Draft. For those unaware, Isaiah is the nephew of former NBA player Isaac Austin. He won the Most Improved Player award in 1997. Isaac played from 1991 to 2004. Just like Isaiah, Isaac played center. Not to mention, Isaac averaged 7.6 points and 4.7 rebounds per game.

Seven years after being ruled ineligible to play in NBA due to Marfan syndrome, ex-Baylor star Isaiah Austin sits down with @Stadium to share he will fulfill his dream by joining the NBA soon – in a league office role: pic.twitter.com/BisBo4Ctyi

What is Marfan syndrome?

Moreover, Marfan syndrome is a rare genetic disorder. It affects blood vessels, bones, the heart and especially connective tissue. It occurs in only 1 in 5,000 people. The disorder is caused by a mutation in the gene known as FBN1. Treatments include taking blood pressure medications and having surgery. Back braces, glasses and contact lenses are helpful, too. People who live with Marfan syndrome are usually tall and thin.

Symptoms include blurred vision, mitral valve prolapse of the heart and lower back pain. Of course, mitral valve prolapse and aortic aneurysms are the most severe side effects of the disorder. Many individuals who live with Marfan syndrome also have scoliosis. If untreated, according to the NIH, the median life expectancy is 32 years. However, with proper care, the life expectancy is about 70 years. The majority of individuals with the disorder live normal lives.