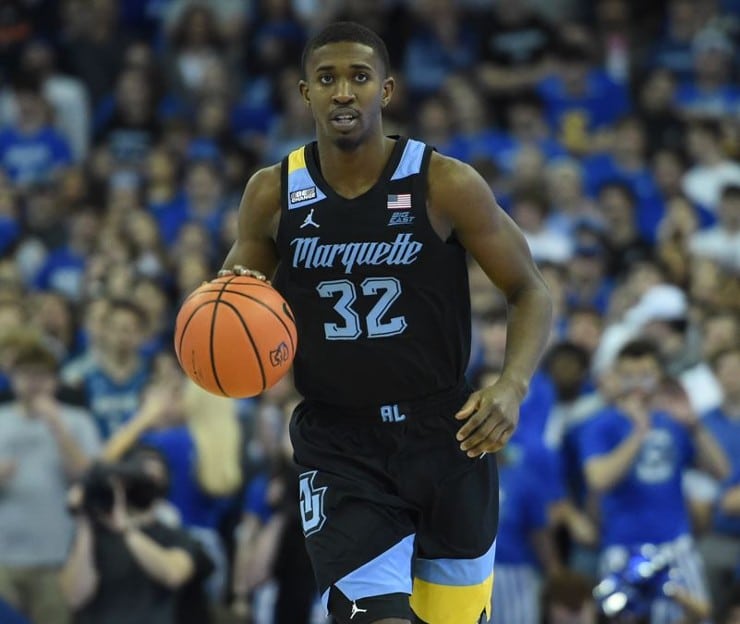 The Utah Jazz have signed guard Darryl Morsell to an Exhibit 10 contract. This is a nonguaranteed deal. On Sunday, the team also waived Saben Lee.

Morsell went undrafted out of Marquette. He played his first four seasons with Maryland. In 157 appearances in the NCAA, the shooting guard averaged 9.6 points, 4 rebounds, and 2.2 assists per game.

According to a few NBA betting sites, the Jazz possess the 27th-lowest odds of winning a championship in 2023. This is expected after team executive Danny Ainge traded away Rudy Gobert and Donovan Mitchell.

We have waived Saben Lee and signed Darryl Morsell https://t.co/waj1k91qDA

Of course, he then won Big Ten Defensive Player of the Year and was selected to the Big Ten All-Defensive First Team.

Darryl Morsell inks an Exhibit 10 contract with the Jazz

Last April, Morsell declared for the 2021 NBA Draft. However, he decided to return to college as a fifth-year senior. After transferring to Marquette, he made starts in 31 games.

Jazz scouts are most impressed by Morsell’s durability. He was healthy all throughout his NCAA career. The 23-year-old is a proven mid-range shooter as well.

Moreover, the guard tied his career high in scoring on January 15, 2022. In Marquette’s 73-72 win against Seton Hall, Morsell ended his performance with 26 points, 5 rebounds, 3 assists, and 1 block.

Now, Darryl Morsell will have an opportunity to play with the Jazz in the 2022-23 season. An Exhibit 10 contract can be converted into a two-way deal. But teams have until the start of the regular season to convert this particular contract.

Even then, Morsell will likely spend most of his time with the Salt Lake City Stars, the team’s NBA G League affiliate.

Shooting guard Johnny Juzang occupies one of the Jazz’s two-way spots. And center Cody Zeller inked an Exhibit 9 contract with the team in September.