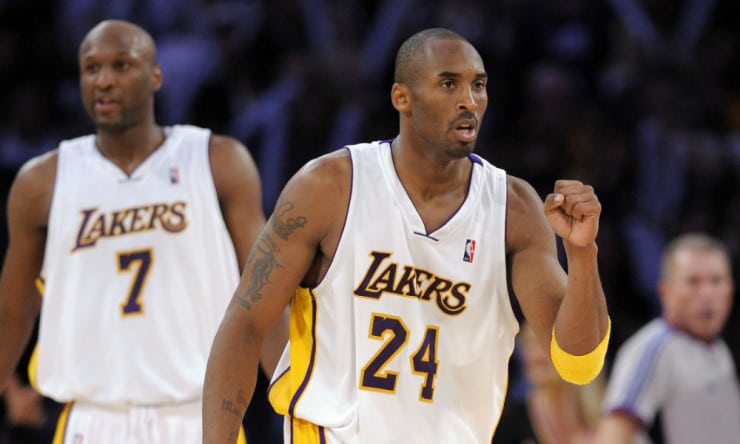 All-time great NBA player Julius Erving made an interesting comment about if Kobe Bryant should have his number retired throughout the entire league. Kobe is arguably a top-5 player that’s ever played this game and some people even believe that he might be the best that’s ever played.

With the news that Bill Russell is going to have his number retired at the start of this season, it’s made people question why Kobe isn’t getting the same treatment.

Julius Erving makes some interesting points and says that Kobe might not deserve the same type of treatment, yet.

Julius Ervin on Kobe Getting His Number Retired

Erving had the following to say, according to TMZ:

“I don’t think he should be compared with the Russell situation,” Erving said at LAX Airport. “We’re fresh into that but let’s see how that works out. Maybe at some point in time. Bill was 86 years old, so address it like that to an 86-year-old – multiple champions, multiple coaching champions, multiple on-and-off the court champion, or whatever – there’s no comparison.”

“if they wanted to do it, which I think they already have, that makes sense – but for the whole league to do it, probably not,” Erving said.

“Bill was a very special individual and what he did for basketball, no one else could ever do again. So I think it’s completely justified to retire his number,” he said.

Kobe never was worried about his jersey number being retired, instead, he wanted his teammate Pau Gasol to get his retired by the Lakers.

“There’s no debate. Pau, when he retires, he will have his number in the rafters next month. The reality is I don’t win those championships without Pau. I can’t see how those two championships without Pau Gasol. We know that, everybody knows that. I really look forward to the day when he’s there giving his speech at center court in front of all the fans who supported him through all the years. So, it’s gonna be an awesome night.”

That’s just not who Kobe Bryant was throughout his career and although the NBA should retire his jersey number, it probably won’t happen within the next few years. Rather, it could happen in about a decade.