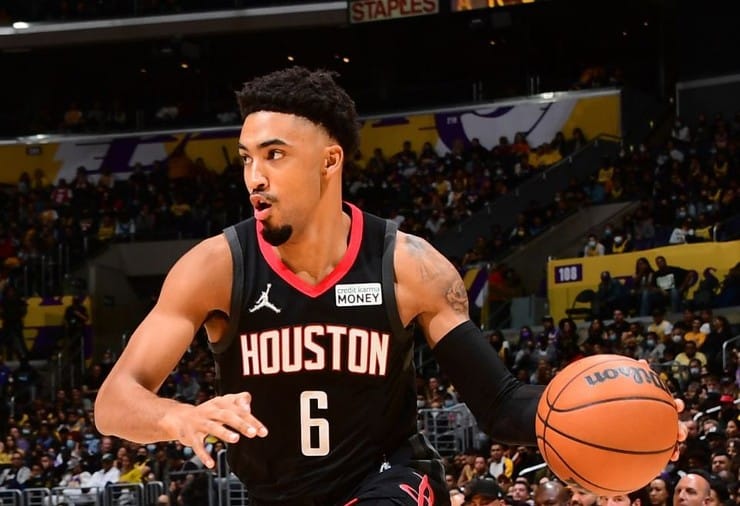 KJ Martin is open to a contract extension with the Houston Rockets, according to sources. Martin signed a four-year, $6 million contract with the team in 2020. His deal ends in the summer of 2024.

During the offseason, Martin requested a trade. But that has changed. After Houston selected Jabari Smith Jr. and Tari Eason in this year’s draft, fans were unsure what the team’s new additions meant for the 21-year-old.

A couple of NBA betting sites are showing the Rockets with the lowest odds in the league to win the championship in 2023. Nonetheless, some sportsbooks are not ruling out a playoff appearance this season.

A nice analog for a KJ Martin extension is the Nassir Little contract from over the summer which was 4yrs 28M. That would be perfect for KJ. #Rockets https://t.co/1psd5Z0QwQ

The forward was selected 52nd overall by the Sacramento Kings in the 2020 NBA Draft. However, his draft rights were then traded to the Rockets.

KJ Martin is open to receiving a contract extension with the Rockets, no longer interested in a trade

Moreover, the California native enjoys piling on points, but he’s more than willing to allow his younger teammates to shine as well. He just wants to win.

“I don’t care about how much I score,” Martin told Kelly Iko of The Athletic. “If I can get someone else open, I’m fine with that. Just me being a connector — when the offense gets stagnant, get something moving so other guys see it.

And the next time we come down the floor, if this works, go back to it. Me and Coach talked a lot [about it], and me being a connector on offense and defense helps us a lot.”

This front office made the right decision not jumping the gun on trading him, I need him in Houston for a long time. pic.twitter.com/h4b3YSAEUZ

Last season, in 79 appearances, the forward averaged 8.8 points, 3.8 rebounds, and 1.3 assists. He only made two starts during the 2021-22 season. So far this season, Martin has started in three contests.

“We have a lot of young guys, so off misses, even some makes, getting the ball out fast and pushing it in transition,” continued Martin.

“Once we see we don’t have a driving angle, getting into our sets and slowing down — the change of pace in the game — that’s where we can be good at.

We have guys that can score one-on-one, and those guys can also run in transition. That makes us lethal.”

Up until this point, KJ Martin has earned his contract extension statistically. It’s still early at the moment, but the forward is playing his best basketball right now in his third season.