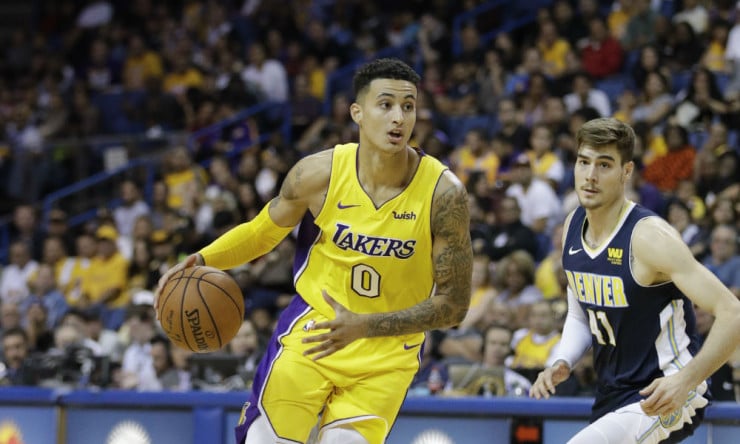 Around the Los Angeles Lakers, his success as a potential cornerstone alongside Lonzo Ball and Brandon Ingram is a credit to his dedication and a determined mindset from his life’s journey. In a talented and deep draft full of prospects, Kuzma has become one of the most impressive of them all — a versatile forward with the ability to score inside and outside, pass and handle the ball, and defend and rebound. In 10 games so far, Kuzma has three 20-point games and three double-doubles and is now starting in place of the injured Larry Nance Jr. With the league increasingly valuing positional flexibility, Kuzma translates and has performed better than few imagined. “In today’s game, I feel my talents and abilities work perfectly at any position,” Kuzma told The Vertical.

“Everyone said I would be a second-round pick or undrafted guy, that’s all I heard coming to the draft, but I had a higher faith,” Kuzma told The Vertical. “I knew I was way better than that, better than how people pegged me. After I killed draft workouts and the combine, I knew I would go in the first round. I had a good hint that it would be L.A., just because of the workout and my combine interview with them, but I didn’t know until draft night. I know there’s a lot more work for us to do, but I couldn’t have landed in a better situation and I had to take advantage.”

The Lakers’ selection of Kuzma with the No. 27 overall pick came to fruition not only because of scouting but luck, as well. There were several teams eyeing Kuzma late in the first round, but president of basketball operations Magic Johnson and the team’s decision makers landed an impressive player to round out a promising rookie group that also includes Ball, Josh Hart and Thomas Bryant.