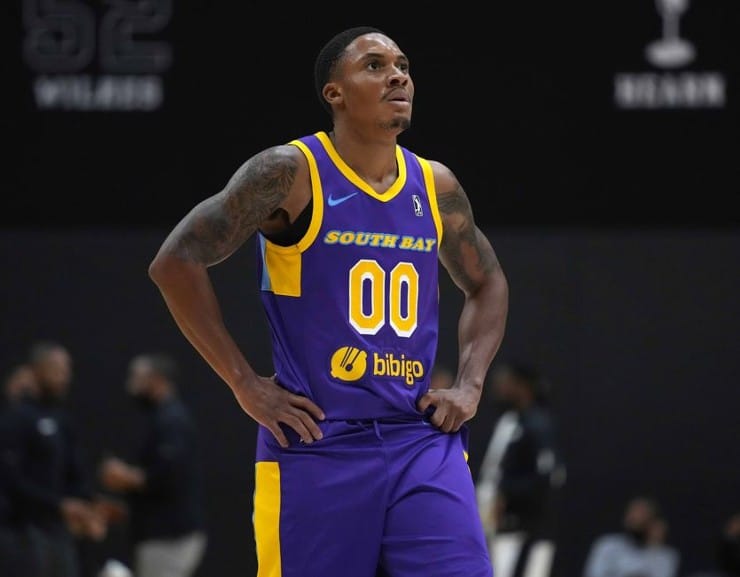 The Los Angeles Lakers have signed guard Nate Pierre-Louis to an Exhibit 10 contract. This is a nonguaranteed deal. Of course, this move was made one day after the team waived Bryce Hamilton.

Other players inked to Exhibit 10 deals with Los Angeles include guard Shaquille Harrison and center Jay Huff. Not to mention, forward Matt Ryan signed an Exhibit 9 contract in September as well.

According to some NBA betting sites, the Lakers have top-10 odds of winning the championship in 2023. Check out which sportsbooks are expecting another finals appearance.

Nate Pierre-Louis has signed an Exhibit-10 contract with the Lakers, per league source https://t.co/TZukrxe3dY

Furthermore, Pierre-Louis played three seasons in the NCAA with Temple. In 91 appearances, the 6’4″ guard averaged 10.7 points, 5.9 rebounds, 2 assists, and 1.5 steals per game. Plus, he averaged 43.7% shooting from the field.

He was then named to the AAC All-Freshman Team.

At the end of the season, he won 2018-19 AAC Most Improved Player. He has talent to help the Lakers, but he might end up having a solid career with their G League affiliate.

Nate Pierre-Louis might have the opportunity to play with the Los Angeles Lakers in the 2022-23 season. However, he will likely spend most of his time with the South Bay Lakers.

If the guard gets waived by Los Angeles and remains with South Bay for at least 60 days, he will be eligible to receive a $50,000 bonus.