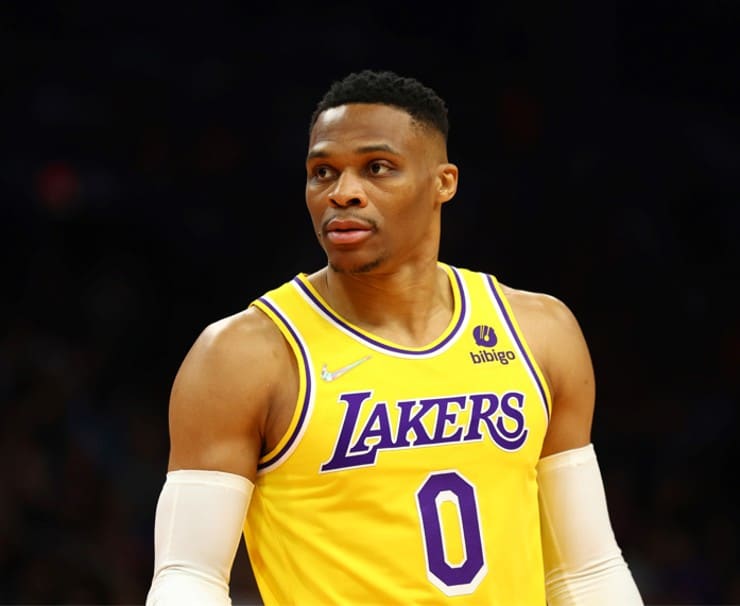 According to multiple sources, the Los Angeles Lakers have no plans to give up a first-round draft pick to trade Russell Westbrook. Per Jovan Buha of The Athletic, teams have been inquiring for Westbrook, and the interested general managers are also seeking a minimum of one first-round draft pick as well. However, the Lakers front office will not let it happen.

“And it’s not merely a bluff or tactic to try to regain leverage in trade talks. That may be an ancillary motive, sure, but per league sources, there is a sentiment among some within the franchise that the right coach and better supporting cast could smooth over Westbrook’s awkward fit with James and Davis.”

More NBA news, trade rumors and betting content is on the main page.

Teams have been demanding the inclusion of at least one first-round pick to take on Russell Westbrook, sources tell @jovanbuha.

Furthermore, Buha’s report makes sense. The Lakers are currently searching for a new head coach. Their available coaching candidates list includes Darvin Ham, Terry Stotts and Kenny Atkinson. Ham is the frontrunner for the position. Not to mention, a few reports suggested that Los Angeles would attempt to steal Doc Rivers away from Philadelphia.

Plus, a trade for a coach could happen. In 2013, Rivers was traded by the Celtics to the Clippers. Likewise, Stan Van Gundy was traded by the Heat to the Magic in 2007. However, considering the Lakers are refusing to surrender a first-round draft pick to trade Westbrook, the front office would probably decline any other trade if forced to give up a first for Rivers. Just a thought.

The Lakers, Russell Westbrook and his expensive contract

Additionally, the main problem with trading Russell Westbrook is his salary. The nine-time All-Star’s player option for the 2022-23 season is $47,063,478. This is why teams are asking for at least one first-round draft pick in return. A team that trades for the triple-double king would have to settle for rookie and minimum-salary contracts in order to afford Westbrook’s hefty salary.

Even if the Lakers find a competent coach, some could argue that LeBron James is the team’s true player-coach-general manager. He has more than a say when it comes to personnel decisions. Besides, how will a new head coach help improve the chemistry between James, Westbrook and Davis? That’s the question G.M. Rob Pelinka should ask himself.